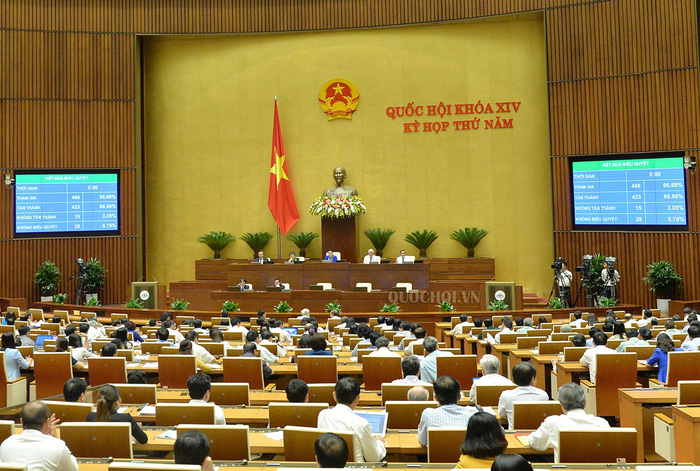 Vietnam’s legislature on Tuesday voted overwhelmingly to pass a law on cyber security that would allow police access the information systems of companies and organizations under circumstances where there is a perceived threat to national security and public order.

Over 86 percent of the attending members of the lawmaking National Assembly, or 423 out of 466, voted for the adoption of the Law on Cyber Security, with only 15 legislators turning it down and 28 abstaining from the vote.

The vote was finished at nearly 10:00 am on Tuesday, the last working day of the legislature’s fifth plenary session that kicked off on May 21.

The 43-article law, which regulates all activities that “protect national security and ensure public safety and order on the Internet,” will come into effect on January 1, 2019.

The piece of legislation requires all foreign providers of Internet-related services to open representative offices and data centers in Vietnam, where information of Vietnam-based users must be stored, in order to continue offering their services to local users.

An article in the law grants the country’s Ministry of Public Security the power to demand access to any organization or company’s data system for investigation in cases where there is a perceived threat to national security and public safety.

Internet service providers, including Facebook and YouTube, will be required to remove ‘anti-state,’ ‘offensive’ or ‘inciting’ contents from their platforms within 24 hours of receiving a request from the ministry, according to the law.

Addressing the legislature before Tuesday’s vote, the chairman of the National Assembly Committee on Defense and Security said the law is necessary to “defend the interests of the people” and national security.

“[The law] will not obstruct the flow of data or affect the regular operations of organizations and companies, including startups,” the legislature’s Standing Committee said in a statement.

Over half of Vietnam’s population of 92 million have access to the Internet, according to a 2017 report by the Ministry of Information and Communications.