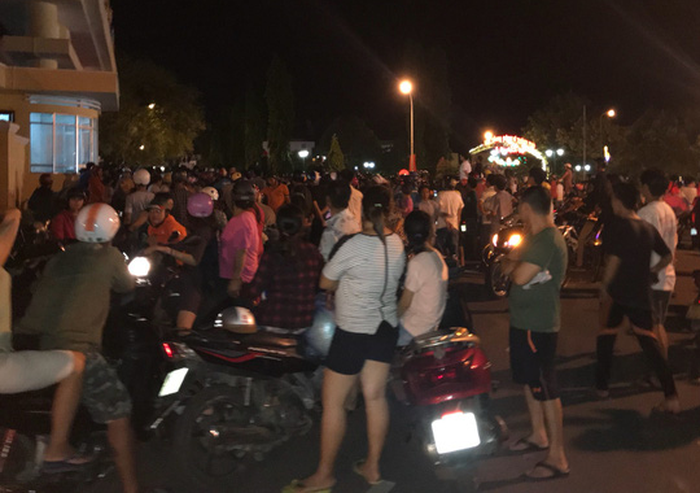 Eighteen people have been held on criminal charges of sparking unrest in a gathering against Vietnam’s proposed economic zone law last week in the southern province of Dong Nai, local police said on Thursday.

Hundreds of residents in the province’s capital city of Bien Hoa took to several major streets like Nguyen Ai Quoc and Dong Khoi, and the lifeline National Route 1 section that runs through the area, on Sunday, speaking out against a draft law on three special administrative and economic zones.

While most people marched peacefully in Bien Hoa on Sunday, several participants incited part of the gathering to cry and hold banners, resulting in hours-long traffic congestion, police said on Thursday.

Eighteen of those captured have been accused of criminal offenses, the police said.

The others were penalized and released, but are still being placed under investigation, according to officers.

Also on Sunday, police took into custody 102 people for disturbing public order during similar marches in the south-central province of Binh Thuan.

Most of these people, who riotously broke into a state building and destroyed public properties during what an official described as ‘riot-like’ situations, were released after a screening process.

Among the participants were women and children who had been incited by “ill-intentioned subjects," according to a statement released on Tuesday by the administration of Binh Thuan.