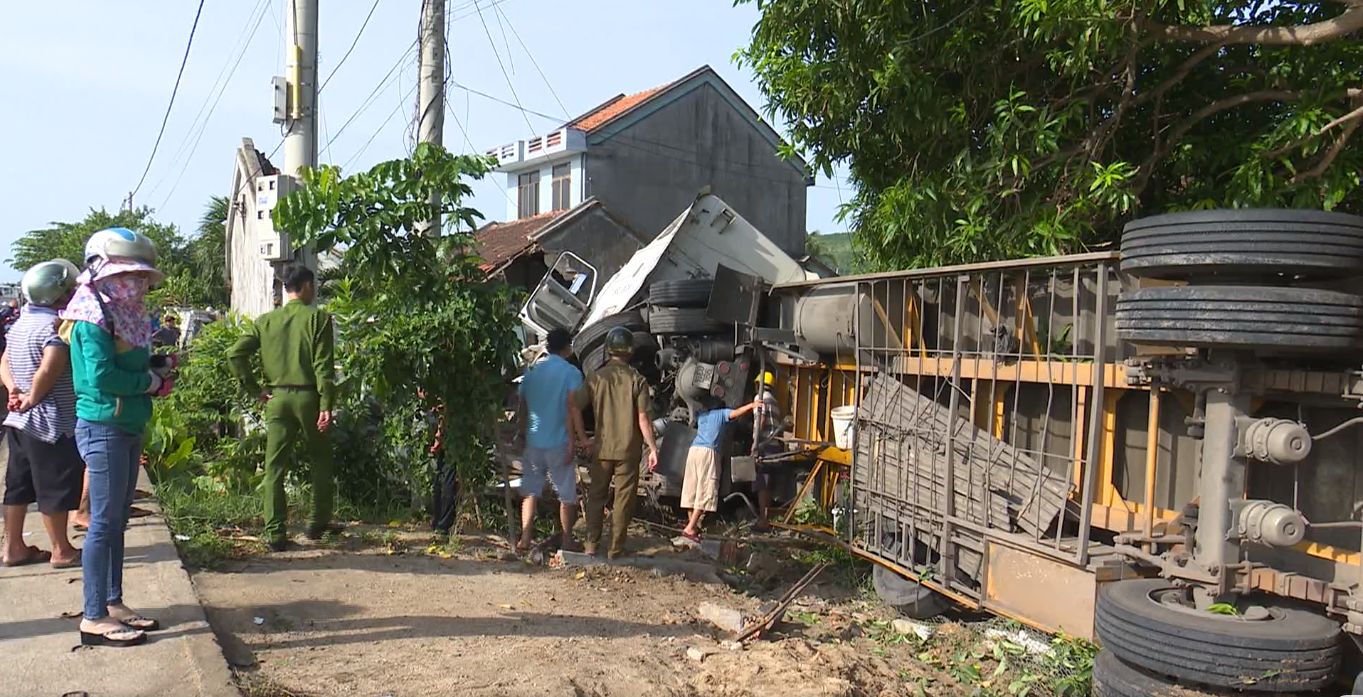 Police in south-central Vietnam are investigating a severe traffic accident involving a trailer truck that crashed into another vehicle before smashing into a house and seriously injuring three family members who were sleeping inside on Monday.

The trailer truck was traveling in Tuy An District of Phu Yen Province along National Route 1, a 2,400-kilometer arterial road stretching from the southernmost tip of Vietnam to its northern border, at around 4:30 am, when it slammed into a stationary red long-haul bus.

The truck then barreled off the road and hit a small house of a local resident named To The Vu, making it collapse completely.

The vehicle also ruined the façade of Vu’s other house, located just next to that one.

Vu, his pregnant wife and their son, who were sleeping at the time, were injured so severely that they were taken to a hospital in Ho Chi Minh City, about 550 kilometers away.

After smashing into the house, the trailer truck overturned before coming to a halt, while the bus was also damaged.

Local authorities have given the affected family VND3 million (US$132) in support.