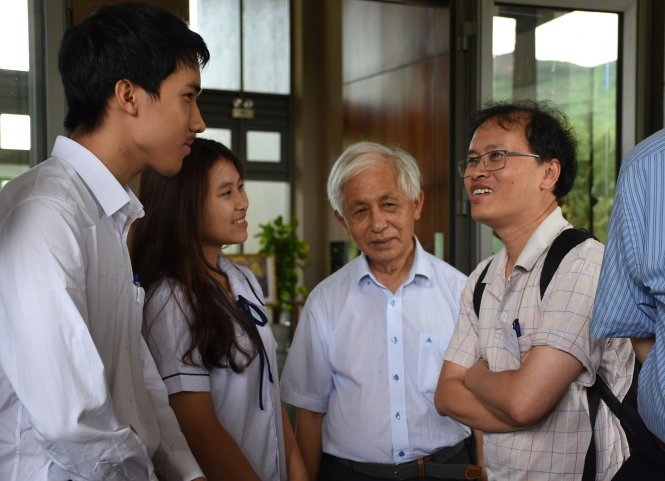 As Vietnam’s top enterprises begin to tap into the field of research, they have attracted a new wave of celebrated Vietnamese scientists living overseas to return home and contribute to their birth country’s technological development.

The latest of such cases is Dr. Vu Ha Van, a professor at the prestigious Yale University in the U.S., who has accepted an offer to become scientific director for the Institute of Big Data, a newly established research institute owned by local conglomerate Vingroup.

Van is also in charge of a VND1 trillion (US$42.87 million) scientific and technological development fund invested by the group’s tech arm VinTech to provide financial support for local researchers.

Prof. Dr. Nguyen Quoc Sy, who has 30 years of experience in plasma technology under his belt, has accepted Vingroup’s offer to work as president of Vin Hi-Tech, a research institute dedicated to advanced technology research.

“To return and work for my home country is what I have wanted ever since I was a research fellow,” Van said.

“However, my wish was never realized as doing research requires not only financial capability but also a good working environment to which researchers can commit themselves,” he explained.

According to Sy, Vingroup can attract scientists thanks to their good management and developed ecosystem capable of carrying out large-scale science and technology projects.

The company also practices a working culture that places great emphasis on discipline, a virtue that is highly regarded by scientists, Sy said.

“With the reputation of our leading researchers, we are hoping to attract more senior specialists to work for [Vin Hi-Tech],” he added.

Dr. Van said he had high hopes that, with the participation of financially-capable private businesses, Vietnam’s scientific scene could be in for a major transformation.

“When a scientist receives the support they need to focus solely on research, they will be able to make contributions to the country’s scientific and technological advancement,” Van explained.

“It will eventually freshen up Vietnam’s scientific environment,” he said.

Dr. Vu Duy Thuc, an expert in artificial intelligent (AI) and algorithms who is working in the U.S., was among 100 scientists taking part in a government program linking Vietnamese innovators worldwide.

“We hope to establish an ecosystem in Vietnam where young talents can be nurtured and advanced technology is developed, especially in the fields of AI and robotics,” Thuc said.

Another Vietnamese scientist who participates in the initiative is Dang Minh Tri, honorary professor at Sydney Medical School and creative director for Ramsay Healthcare, a $10 billion healthcare group that operates more than 200 hospitals around the world.

“How can we – government agencies, hospitals, tech companies and AI researchers – all come together to make good use of this resource and turn Vietnam into a powerhouse in medical AI in the next three years?” Tri asked at a meeting of scientists in Hanoi on Sunday, referring to the power of AI applications.

Dr. Sy asserted that Vietnam is among the less-developed nations science-wise, but that does not mean the country could never achieve huge leaps in the field.

According to scientists, the fourth industrial revolution, characterized by the popularization of such advanced technologies as AI, blockchain and big data, is erasing physical boundaries between countries and bringing new opportunities for Vietnam.

However, whether or not the country can take advantage of this golden chance depends on its base of scientists and researchers.

“No country can have an established scientific environment if it only imports technology,” Sy said.