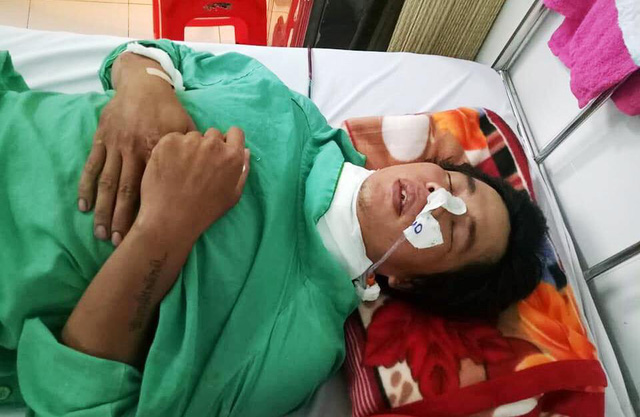 Police in Ho Chi Minh City said Thursday that they are investigating a case where a Grab driver was stabbed in the neck and robbed of his motorcycle on Sunday.

In the early hours of October 21, GrabBike driver Nguyen Vu was driving a customer along an empty road in the city’s suburban Hoc Mon District when the passenger attacked him with a sharp object, officials said.

The customer fled the scene with Vu’s mobile phone and Yamaha Exciter motorbike.

Locals found Vu lying on the street with a stab to his throat and injuries on his back and the right elbow, before rushing him to the hospital.

Residents reported the case to police at around 3:00 am the same day.

Vu, 33, comes from a poor family. His father originally left his hometown in Quang Ngai Province in central Vietnam to work as a scrap dealer in the south of the country, relatives said.

He sends a portion of his earnings to his wife and two children, who live in Quang Ngai.

The man bought the motorcycle that is now gone in the above incident after hearing complaints from customers that his old bike was too slow.

The primary suspect of this case is now in police custody for investigation.