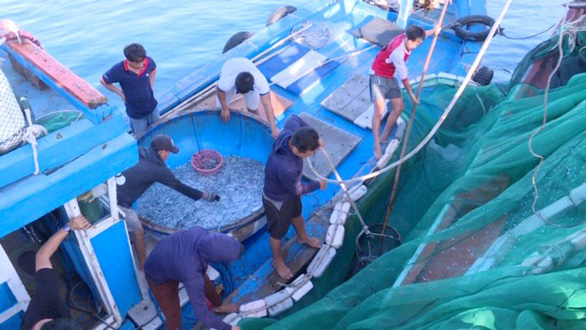 Illegal fishing has been rampant at a marine reserve in central Vietnam despite a ban introduced over a year ago as fishermen have failed to find a legal means of livelihood.

A sea area of 7,113 hectares located in Quang Ngai Province was set apart as the Ly Son marine reserve in early 2017.

In July this year, the provincial administration approved a plan to spend over VND42 billion ($1.8 million) on recovering the ecosystem and raising public awareness of the reserve’s importance.

The area enjoys legal protection against fishing and construction but one thorny problem has surfaced ever since: many fishing boats keep defying the prohibition.

Fishermen complained the provincial administration put the ban in place at the expense of their source of income.

Local authorities had not helped them switch to other jobs, they explained.

“Whatever ban they impose, we still catch fish because we have no other ways to choose,” said Nguyen Cung, a fisherman working at the reserve.

Around 500 families who earn a living by catching seafood are affected by the ban, according to Phung Dinh Toan, deputy head of the Quang Ngai fishery department.

During meetings with the administration, the fishermen demanded to be granted financial support in building larger ships for offshore fishing further from the coast or running tourism services on land.

While local administrators are considering these demands, resources within the boundary of the Ly Son marine reserve continues to be used illegally.