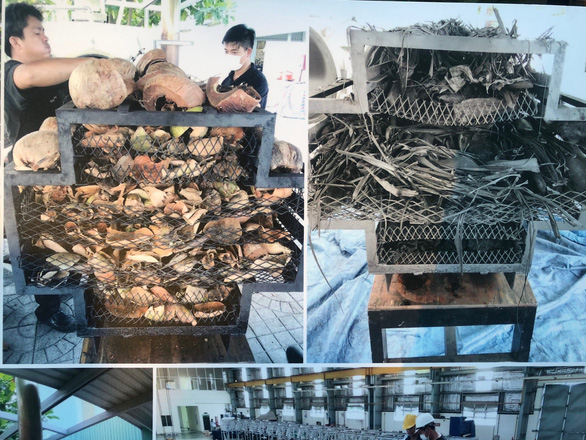 The Ho Chi Minh City Department of Science and Technology has introduced a Japanese-originated technology that can treat and turn organic waste into energy without having to move the garbage to the landfill.

The Saigon Innovation Hub (SIHUB) under the municipal science department presented the project on Monday afternoon and expected it would be used widely across the country.

The event was attended by representatives of ten Vietnamese provinces and cities, as well as many start-up owners and researchers.

According to the SIHUB, the project was developed by Japan’s MILAI Corporation and a group of Vietnamese engineers.

The technology has two primary parts, including the waste treatment system and an electric car used in the garbage collection process.

The car will run on the energy that is generated from the treatment of organic waste, thus creating a closed cycle.

During the treatment process, which is carried out at a garbage assembling point in each ward or commune, the organic waste is dried in an airbag with heat and wind radiators for about four to five days, while the energy needed is supplied by the solar battery.

The amount of water in the waste will be reduced from 80 percent to 20 percent, preventing microorganisms from decomposing and thus prevent an unpleasant stench.

The dried rubbish will then be burned in anaerobic conditions to become charcoal, before being crushed and pressed into pellets.

The pellets will be processed into two final products, namely gas and carbide fertilizer, which is environmental friendly and has high level of activated carbon.

The entire process releases carbon-neutral CO2, which is easily absorbed by plants, and thus does not cause a greenhouse effect.

The gas will then be used to fuel the electric car, while the fertilizer may be applied to farming or the production of adobe bricks.

One machine using this technology is able treat from 100 kilograms to up to 25 metric tons of garbage per day.

The machine is suitable for small neighborhoods in the countryside, on islands, or at wards and districts in cities.

The project is supportedw by Japan’s Ministry of the Environment and has been piloted over the past five months at a farmers’ market in Thu Duc District.

The machines are expected to be mass produced in Vietnam and sold at reasonable prices.

According to Huynh Kim Tuoc, a representative of SIHUB, the technology will first be transferred to a mechanical company and supermarket in the southern metropolis.