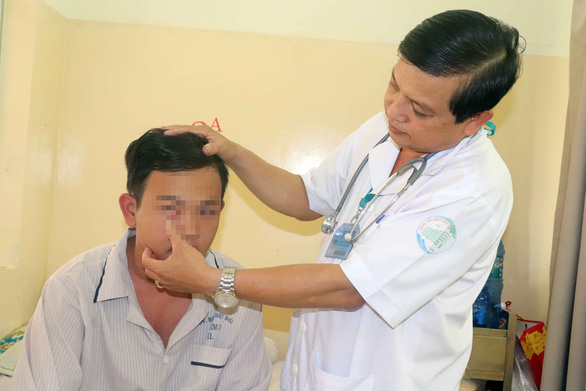 The number of dengue fever patients in Ho Chi Minh City has climbed over 200 percent year-on-year since the beginning of 2019, which experts consider “abnormally high” as it is not the peak season.

About 6,067 cases of the mosquito-borne disease have been recorded in the metropolis from January 1, a more-than-200-percent rise compared to last year, the municipal Preventive Medicine Center reported.

Two people have died of the disease so far, as they failed to seek prompt and proper treatment at local hospitals, the center added.

According to Nguyen Thanh Phong, a senior doctor at the Hospital for Tropical Disease, approximately 1,600 dengue fever patients were admitted to the facility last month.

Some of the patients were in more serious stages and required dialysis or medical ventilators, Dr. Phong stated.

The infirmary only received 600 cases in January 2018, he continued, adding that it saw an unusual ascent this year.

As of Tuesday afternoon, many rooms at the hospital were crowded with patients, some of whom had to rest along the hallway on each floor.

N.T.P., a 16-year-old patient from the southern province of Binh Duong, was admitted to the infirmary on February 15.

His mother previously took him to two private clinics in his hometown, where doctors only diagnosed the young boy with a viral fever.

The dengue fever season often starts in July or August and peaks between October and November every year, said Dr. Phong.

The rainy weather in these months creates a perfect environment for mosquitoes to proliferate.

The number of patients tends to drop after the Lunar New Year festival, Phong elaborated, adding that the situation is different this year.

“This is an abnormal development. It reminds us to be cautious and prepared for the disease at any time of the year,” he asserted.

It is highly recommended that people seek immediate treatment at local hospitals if they have some of these symptoms, Phong stated.

Many patients tend to purchase over-the-counter medicines when they first discover their fever, which can be very dangerous, the doctor stressed, adding that the most serious stage is when the fever disappears.

Patients will then suffer thrombocytopenia, low blood pressure, and liver and kidney failure, he noted.