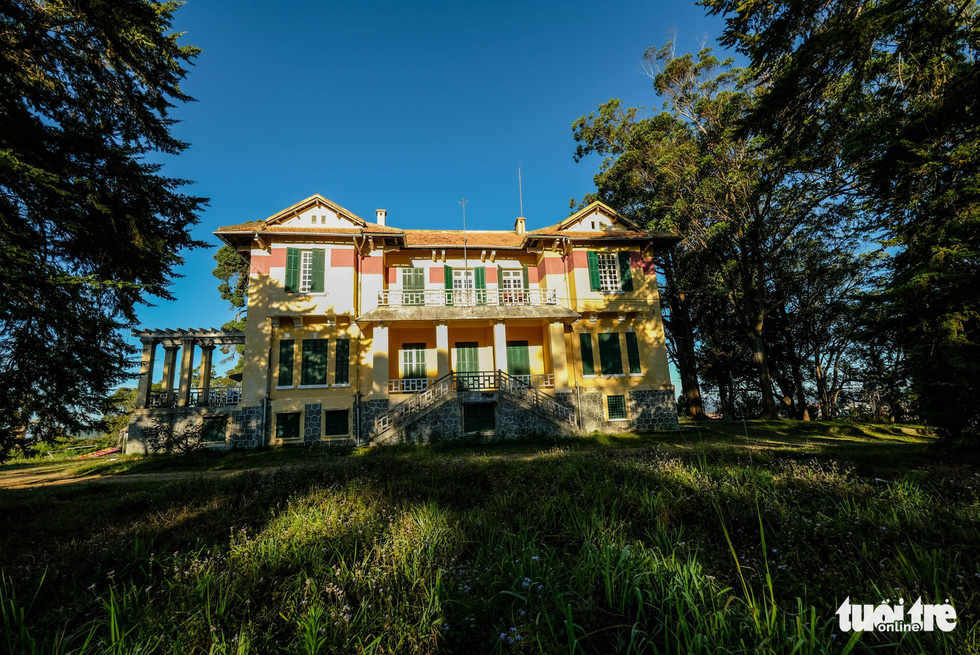 An iconic French-era palace in Da Lat that served as the official residence and office for governors of an erstwhile Vietnamese province has become an abandoned site as administrators chase their dream of transforming the Central Highlands city into a modernized tourist hub.

Known in Vietnamese as Dinh Tinh Truong, literally translated as “palace of the provincial governor,” the three-floor mansion was built during the French colonial period in Vietnam and finished in 1910.

It was the official residence and office for governors of the erstwhile Tuyen Duc Province, which in the present day is part of Lam Dong Province encompassing the areas of Da Lat and the neighboring districts of Duc Trong, Don Duong, Lac Duong, Dam Rong, and Lam Ha.

Sitting on top of a hill in the city center, the palace boasts one of the best vantage points of Da Lat and is surrounded by one of the rare green spaces left in the city’s densely-built urban area.

Since 1984, the palace was used as the venue for Lam Dong Museum until the museum was moved to a different location in 1996.

From that point on, the palace has been left abandoned without proper maintenance, resulting in its condition deteriorating quickly.

In 2011, the administration of Lam Dong Province gave a private developer rights to restore and use the palace for tourism purpose, but the plan has not moved forward since.

In a recent government-approved plan to completely revamp Da Lat’s center, the entire building is proposed to be moved to a new location so that a modern, ten-story hotel and shopping mall complex can be built upon its current site.

Experts have bashed this “senseless” idea, comparing it to “putting Saigon at the heart of Da Lat,” referring to the former name of Ho Chi Minh City.