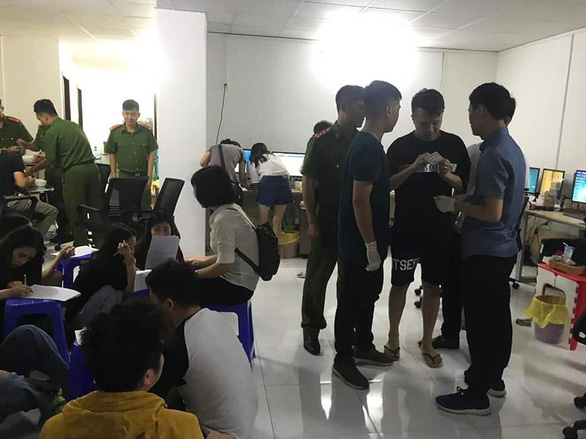 Vietnamese police have busted an online gambling ring that had handled more than CNY3 billion (US$436 million) in bets and arrested nearly 400 suspects, mostly Chinese nationals, following a raid on an urban area in the northern city of Hai Phong.

Officers under the Ministry of Public Security, in coordination with the municipal police department, carried out a comprehensive investigation at the Our City Urban Area in Duong Kinh District on Saturday and Sunday.

The 43-hectare urban area was developed by Hong Kong’s Qiafeng Company and has been mainly populated by Chinese residents since it was opened about five years ago.

Police had apprehended nearly 400 foreign suspects, most of whom are Chinese nationals, as of Sunday night.

The majority of the suspects are between 18 and 25 years old, who were hired to work for the gambling ring for approximately CNY3,000 ($435) a month.

Their tasks were to operate the ring’s websites, helping other Chinese citizens participate in such forms of online gambling as sports betting and lotteries.

The employees worked in shifts around the clock and were prohibited from getting out of the urban area.

Officers also found a large number of computers and devices designed for the online gambling operations inside more than 100 rooms across the neighborhood.

Preliminary information showed that the transactions were estimated to amount to CNY3 billion.

This is considered the largest gambling ring, in terms of both the number of foreign suspects involved and the total value of wagers, ever recorded in Vietnam.

The ring members were very cautious in the operations, closely safeguarding the urban area and preventing non-residents from entering the venue.

Investigators are now working to determine the exact role of each suspect to decide on suitable punishment in accordance with the law for them.