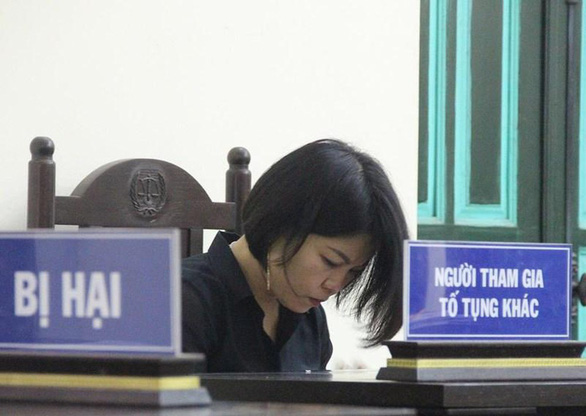 A former Vietnamese policewoman allegedly received VND1 billion (US$43,000) while she was still in the force to help a woman plant heroin in her boyfriend’s car and put him in prison, Hanoi police said on Thursday.

Police in the Vietnamese capital city said that they had requested the indictment of Nguyen Thi Vung, a former officer of the anti-trafficking department under the Ministry of Public Security, for “narcotics stockpiling” and “slander."

Vung played the role of an accomplice that actively helped a local woman frame her boyfriend with planted drugs in a false arrest case in 2016, Hanoi police said, adding that the former policewoman was driven by a motive for personal gain.

Nguyen Thi Van, 37, and Nguyen Van Thien, 44, were involved in a romantic relationship when conflict between them led Van to seek advice from Vung, a friend of hers, to have Thien arrested in 2016.

Van agreed to pay Vung VND1 billion ($43,000) for her help with supplying the narcotics that the woman eventually placed in Thien’s car, unbeknownst to her boyfriend.

As part of the agreement, the policewoman also alerted police officers to search the man’s vehicle after the illegal drugs had been planted.

The transaction was disguised as a repayment of a loan that Van had taken from Vung.

Thien was arrested on October 28, 2016 and released one week later after police found no evidence to suggest he had anything to do with the heroin found in his car.

The crime of stockpiling 0.1-5 grams of heroin carries a prison term of up to five years, according to the Penal Code of Vietnam.

After his release, Thien spent months collecting evidence, including chat messages and recordings of phone conversations between Van and Vung discussing their plot, and submitted it to police investigators.

After examining these pieces of evidence, Hanoi police concluded that Van was the mastermind of the crime plot, while Vung played an active role in helping Van succeed with her plan.

Vung, who was already dismissed from the police force and stripped of all her ranks, has been arrested and placed under criminal investigation on the same charges.

The policewoman has so far denied any wrongdoing.