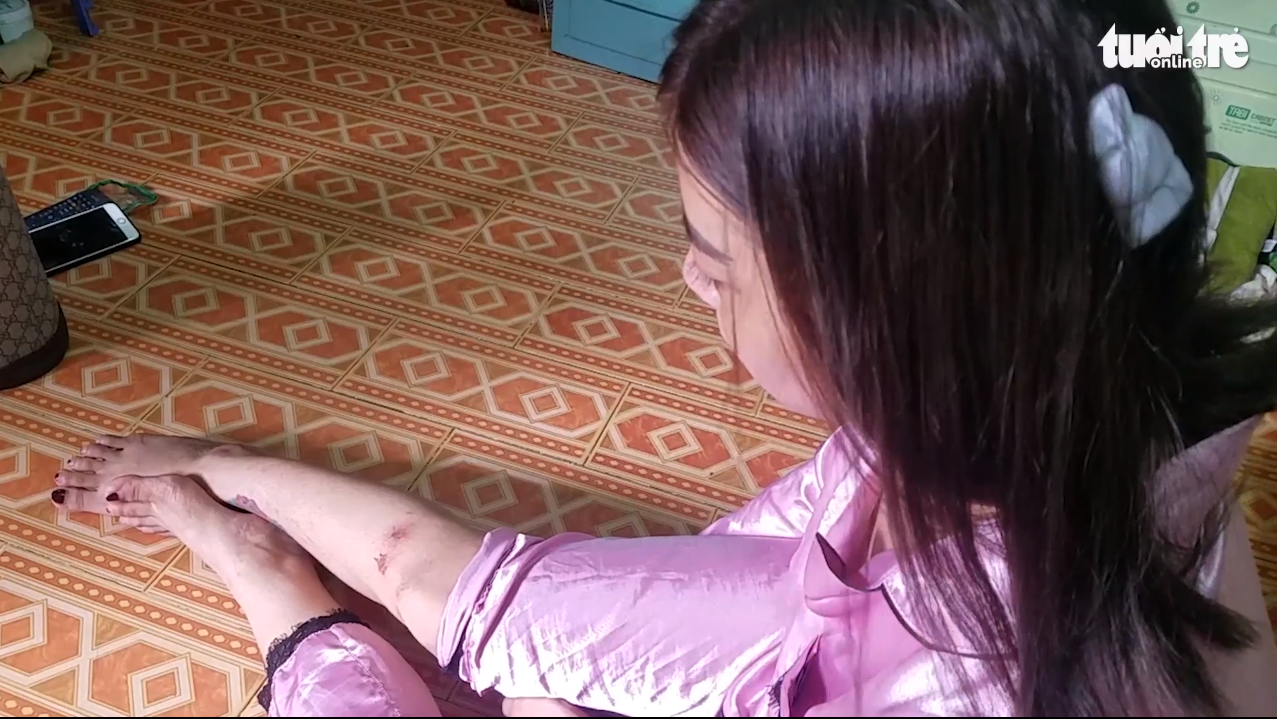 A woman in Ho Chi Minh City suffered a bad head injury after getting knocked over by two bag snatchers in an attempted robbery in a local alley on Tuesday.

The incident happened along the alley at 161 Lac Long Quan Street in District 11 at around 7:00 pm.

The victim, 22-year-old Pham Thi Ngoc N., who hails from the Mekong Delta province of Kien Giang, had just left her tenanted house and was heading to the main road to catch a cab.

Two robbers on a motorbike approached N. from behind, before the man riding pillion snatched her handbag while his accomplice sped the vehicle away.

N. was knocked over and her head hit the ground.

The robbers were not able to take the bag as its strap had come off.

They quickly fled the scene as local residents rushed to the location to assist the victim.

N. was admitted to the hospital with a serious injury on the back of her head, along with several scratches on her body.

Police officers quickly arrived at the scene to investigate the case and collect statements from eyewitnesses.

The botched robbery was caught on CCTV, with the footage going viral on social media.