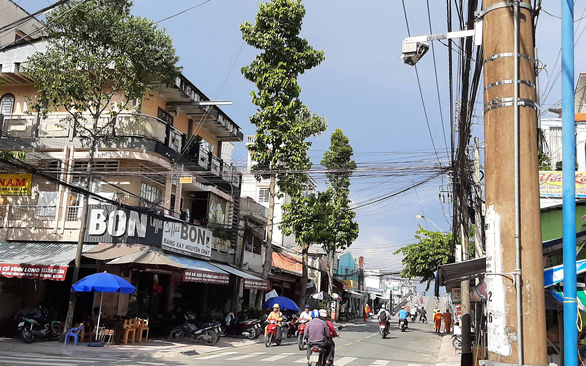 -- Local authorities in the Mekong Delta province of Vinh Long has approved a plan to install 114 more cameras to the current 6,100 and add three operations management centers, with a total investment of nearly VND200 billion (US$8.6 million) mainly allocated from the state budget in 2019-2023.

-- Two young men in the southern province of Dong Nai were killed as they rode a motorbike against traffic into the Tam Hiep Tunnel located in Bien Hoa, the province’s capital city, and had a head-on collision with a passenger bus on Friday night.

-- The Vietnam Environmental Incident Response Center on Friday installed 21 filters on the Da (Black) River canal that flows into tanks of a local water treatment plant serving a million people living in Hanoi in an attempt to deal with an oil spill happening in the river on Tuesday last week.

-- Police in the central city of Da Nang said on Friday they have successfully arrested a six-member group, including two foreigners, for intruding and stealing more than VND1.5 billion ($64,500) from company offices between June 20 and July 22 this year.

-- Police in Dong Nai Province said on Friday they are conducting an investigation into the illicit construction of a 22,000-square-meter commercial, service and apartment complex located in the center of Bien Hoa City, near the headquarters of several law enforcement and state management agencies.

-- The People’s Committee of Vung Tau City in the southern province of Ba Ria - Vung Tau on Friday requested Vung Tau Cable Car Tourism JSC to suspend its leveling work on the local Big Mountain as the company had cleared more than 8,000 square meters of land on the city’s mountain without permission for construction of a tourism complex.

-- The ninth European Day of Languages will take place at the Goethe Institute in Hanoi from 1:00 pm to 5:00 pm on Saturday.

-- The National Food Festival 2019 kicked off in the beach city of Nha Trang in the south-central province of Khanh Hoa on Friday, as part of Vietnam's National Tourism Year.