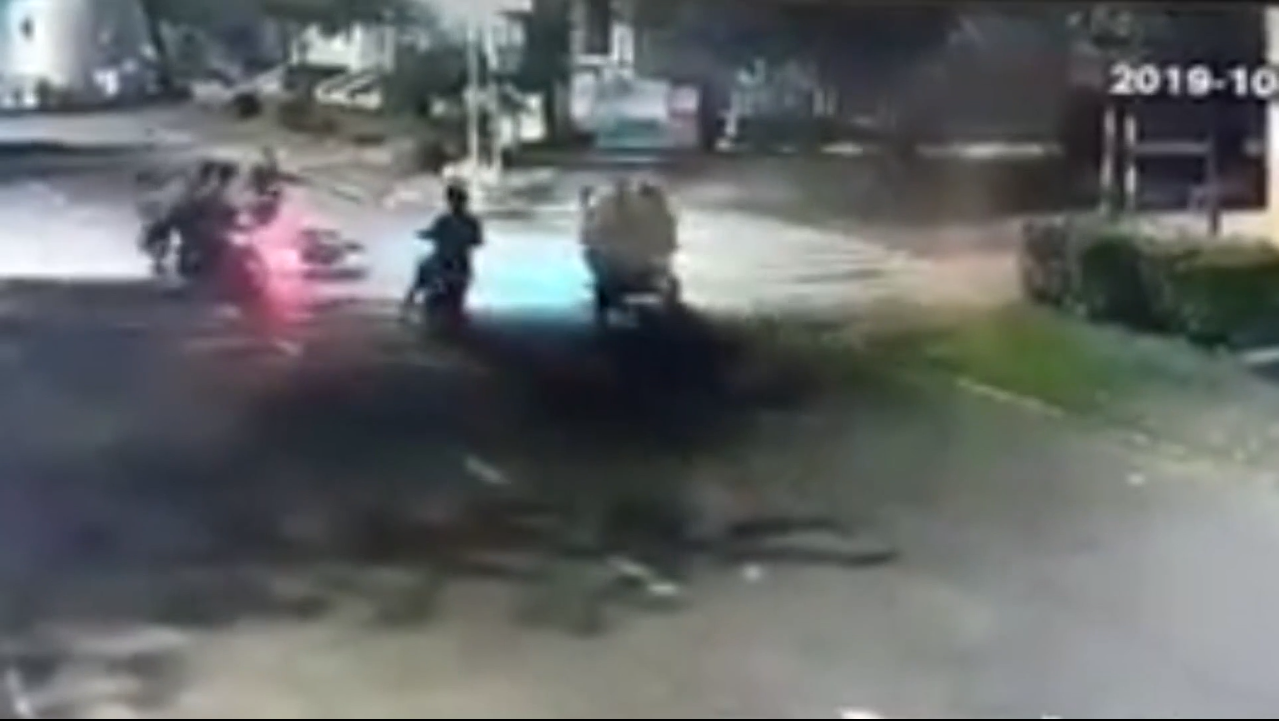 Police in Ho Chi Minh City have arrested a 15-year-old boy and are hunting for his accessories who attacked two local residents with pepper spray in District 7 before stealing their motorbike last week.

Officers in the district confirmed on Sunday they had apprehended Nguyen Nhat Thien, 15, who resides in adjacent Binh Chanh District, for robbery.

Thien, along with Nguyen Nhat Nam, 17, and two other suspects named Lam and Luan, scouted the streets on early Friday morning for prey, according to what the boy told police officers.

At around 3:00 am, they spotted Tr., who was riding a motorcycle along Nguyen Van Linh Street in District 7 with his girlfriend riding pillion.

Nam and Lam approached the victim on their motorbike and Lam, who sat on the backseat, snatched the woman’s handbag.

As she resisted, her boyfriend lost control of the motorbike, causing the vehicle to take a tumble, sending them both to the ground.

The robbers attacked the victims with pepper spray as they made another attempt at snatching the woman’s bag.

However, Tr. and his girlfriend managed to run away and screamed for help.

The robber gang eventually took their motorcycle, which still had its engine running, and left the scene.

Thien was later cornered and captured by security guards of the nearby Phu My Hung New Urban Area, while his three accomplices managed to escape.

The entire robbery was caught on CCTV and its footage has gone viral on social media in recent days.

Police officers are hunting for the remaining suspects.