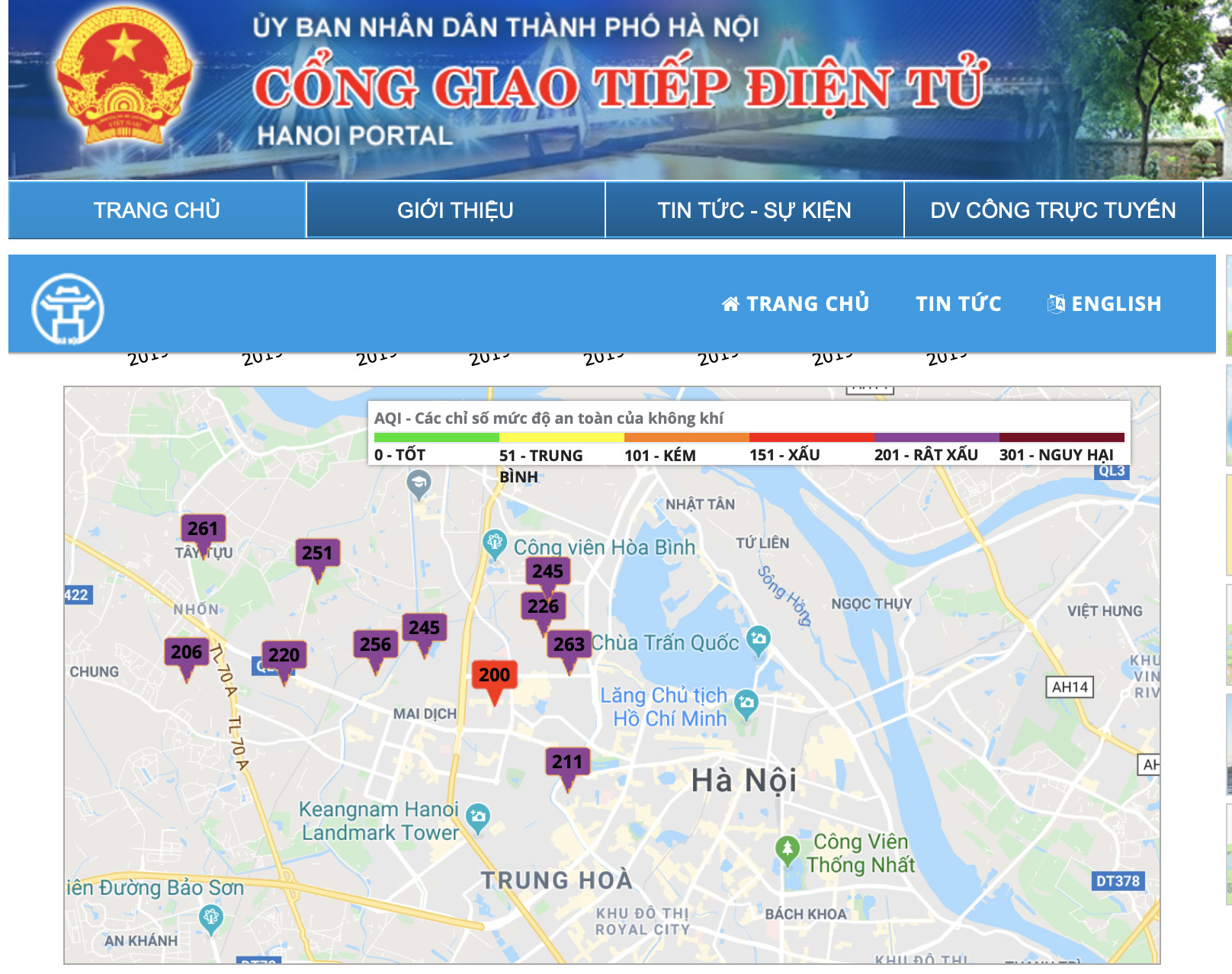 The ongoing serious air pollution in Hanoi and northern Vietnam has entered its sixth day, while local authorities are still silent amidst rising concerns.

According to Dr. Hoang Tung Duong, president of the Vietnam Clean Air Partnership (VCAP), many northern localities, including Hanoi, have been plagued by horrific air pollution in the past six days.

As of Friday morning, air quality in many locations across Hanoi was very unhealthy, evidenced by the statistics of the PAM Air.

The air quality index (AQI) in such districts as Ba Dinh, Dong Da, Thanh Xuan, and Tay Ho was measured at between 202 and 240.

In response to the situation, the municipal Department of Natural Resources and Environment only cited the average AQI of 256 and issued a short warning that the atmosphere could have serious impacts on human health.

Meanwhile, the Vietnam Environment Administration (VEA) under the environmental ministry has remained silent this whole time.

Tuoi Tre (Youth) newspaper reporters recently contacted the VEA for inquiries about the cause of the contamination, but a representative of the agency told them to call the northern Center for Environmental Monitoring (CEM).

On the other hand, Tran Minh Huong, director of the CEM, said she will send a report to the office of the VEA for an official announcement.

According to Dr. Duong, if air quality becomes bad for an extended period of time, local authorities have to take certain measures to examine the situation and determine the cause of the pollution.

However, Hanoi authorities have not taken any emergency measures in the past days.

“We cannot attribute the pollution to the weather, as many human activities have become major sources of air pollution,” the expert elaborated.

Local authorities could launch comprehensive inspections and deal with the facilities that violate limits on the amount of dust and smoke, or those who burn garbage against the law, he continued.

Traffic in certain areas can also be limited to reduce the amount of vehicle exhaust emissions discharged to the air, Duong added.

In mid-November, Hanoi was also affected by air pollution, with AQI at many places above 200.

The VEA advised that the general public “should greatly reduce outdoor exertion” while sensitive groups “should avoid all outdoor activity.”

The agency also stated that temperature inversion was the main cause of the air pollution.