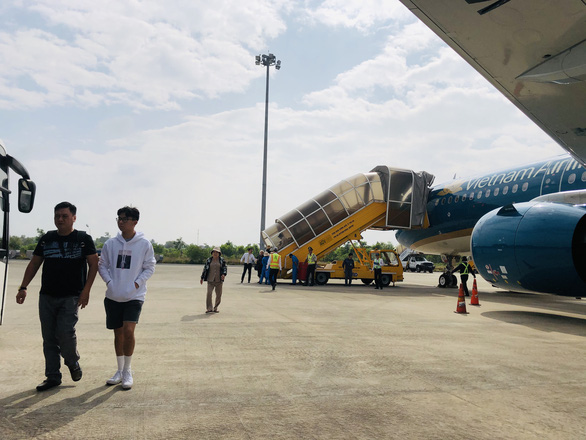 A chief flight attendant of national carrier Vietnam Airlines has been caught smuggling a large volume of cigarettes and medicated massage oil on the airline’s flights from Japan to the central city of Da Nang and then to Ho Chi Minh City.

The joint force stopped N.T.H., after she boarded the VN135 flight from Da Nang to the southern metropolis and arrived at the airdrome at 7:00 pm that day.

Upon checking H.’s suitcase, they discovered 130 cartons of Marlboro-labeled cigarettes and 48 bottles of medicated massage oil.

An initial investigation has revealed that H. had smuggled the goods from Japan to Da Nang on the VN139 flight before transferring them to Ho Chi Minh City.

A member of Vietnam Airlines’ board of attendants confirmed the issue to Tuoi Tre (Youth) newspaper on Friday.

According to Vietnam Airlines, N.T.H. is a chief flight attendant working for the national carrier.

The airline stated that H. was asked to work with police officers for allegedly storing goods of unknown origin.

It also affirmed that the chief flight attendant was not on duty at the time when the issue happened, and she acted individually and separately.

A representative of Vietnam Airlines said that after the incident, the airline contacted local authorities to clarify relevant issues and protect the legal rights of its employees.

In addition, the national airline underlined that it will not cover up but resolutely and strictly handle any violations of law provisions and labor regulations.