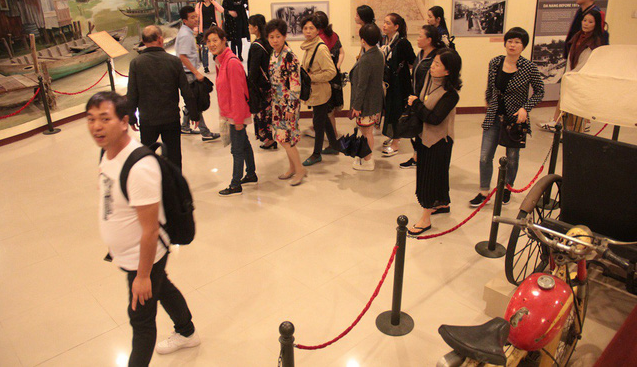 A Chinese visitor passed away in Da Nang on Saturday, two days after arriving at the central Vietnamese city, the municipal health department confirmed on Sunday.

The female visitor, who had diabetes and preexisting high blood pressure, reportedly became fatigued on Friday evening and went into a coma in the wee hours of Saturday.

She was rushed to Hoan My Da Nang Hospital, where doctors said she had already passed away from a  suspected heart attack.

Her death was not related to a new coronavirus outbreak from China that has affected more than 2,000 people globally, the municipal health department said.

The visitor hailed from Nanning City, the capital city of Guangxi in southern China that is located some 1,200 kilometers from Wuhan, the central Chinese city at the epicenter of the outbreak.

A pneumonia outbreak, caused by a new strain of the coronavirus family that caused SARS and MERS, first surfaced in Wuhan City in December 2019.

The virus has spread to the U.S., France, Australia, South Korea, Japan, Singapore, Malaysia, Vietnam, and others.

Fifty-six people have died from the disease in China, Reuters quoted figures released by Chinese authorities on Sunday.

Two Chinese citizens are being treated at Cho Ray Hospital in Ho Chi Minh City after their coronavirus infection was announced on Thursday.

Last week, two Chinese passengers were put in isolation in Da Nang for pneumonia-like symptoms but were later discharged after doctors determined their conditions were not related to the coronavirus.

Fifty-two out of 218 visitors from Wuhan who entered Da Nang on Wednesday have left the central city for China as of Saturday, with the remaining visitors expected to return home by January 27, according to a local travel company’s executive.