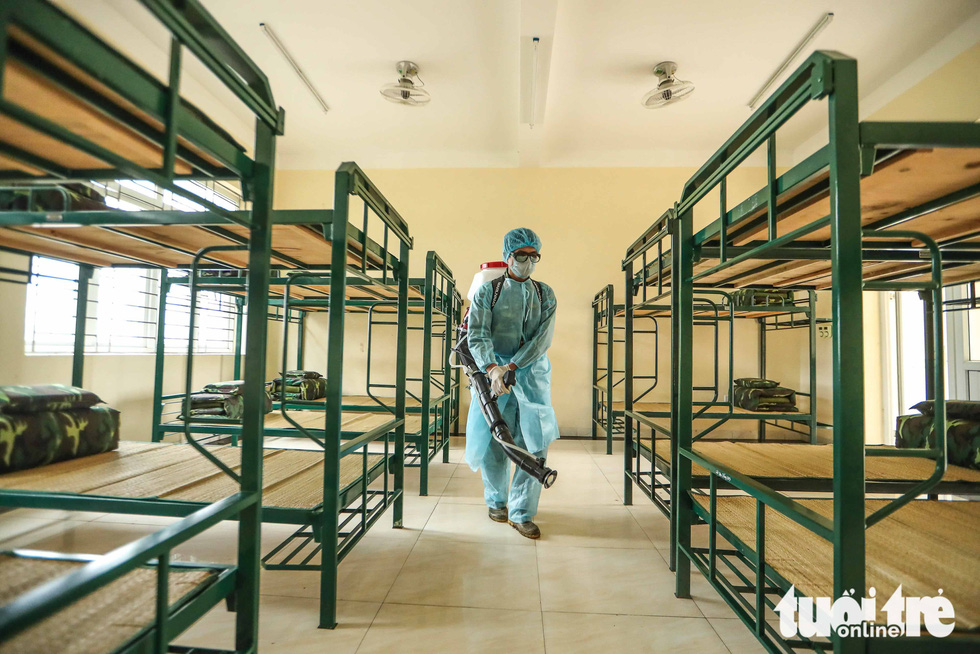 Authorities in Hanoi are mulling over the establishment of two makeshift hospitals that will have 1,200 beds upon completion to prepare for the treatment of patients infected with the novel coronavirus (COVID-19).

The municipal Department of Health said during a meeting on Wednesday it was working with the city’s military command on a plan to build two makeshift infirmaries, each with a 600-bed capacity.

The proposed hospitals would be able to provide treatment for a total of 3,000 patients should a serious outbreak occur.

Recent reports stated that 414 people had arrived in Hanoi from South Korea over the past 14 days, 23 of whom came from Deagu City, the country’s COVID-19 epicenter, and 15 from areas in neighboring North Gyeongsang Province.

A total of 84 people arriving from COVID-19-hit areas in Vietnam’s Vinh Phuc Province, China’s Wuhan City, and South Korea have also been put in quarantine at hospitals in Hanoi. Among them, 81 have tested negative for the virus.

Another 144 people coming from affected areas in South Korea have been isolated at a local military school managed by the Hanoi Military Command, and about 116 are currently quarantined at a hospital managed by the municipal police department.

More than 2,150 people have so far been in home isolation, 1,838 of whom have finished their quarantine period.

Existing quarantine areas in the city can only provide space for another 500 people, Ngo Van Quy, vice-chairman of the Hanoi People’s Committee said, adding that more areas of the city must prepare themselves.

At the meeting, Chu Xuan Dung, director of the Hanoi Department of Education and Training, stated that the agency is taking necessary measures to prepare for the local students to return to school on March 2.

All schools in the city have been sterilized for a total of five times. Body thermometers and antiseptic solutions have also been placed around schools, Dung elaborated.

Teachers and staff members of local schools have been educated on COVID-19 and given instructions on how to monitor the health of their students.

COVID-19 has killed 2,801 people and infected over 82,100 around the world since it first hit the central Chinese city of Wuhan in December 2019, according to the South China Morning Post.

All patients in Vietnam had been successfully treated and released from the hospital as of Wednesday.

The country has recorded no new infections since February 13.