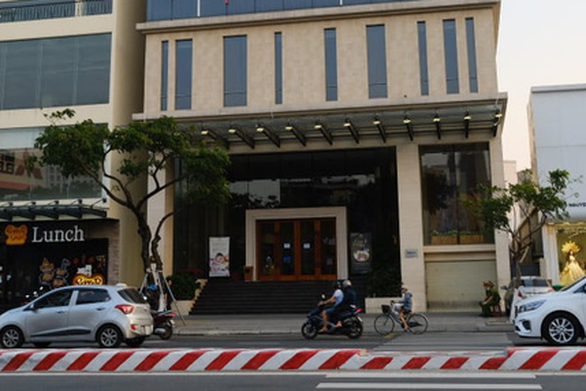 All 40 people who were in close contact with two British nationals infected with the novel coronavirus disease (COVID-19) in the central Vietnamese city of Da Nang have tested negative for the virus as local authorities have published the foreign duo’s detailed travel history for public reference.

The two Britons – M.J., 66, and K.A.C., 60 – were confirmed by the Vietnamese Ministry of Health to be infected with the new coronavirus on Sunday.

They boarded flight VN0054, operated by national carrier Vietnam Airlines, from London that arrived at Noi Bai International Airport in Hanoi at 4:30 am on March 2.

N.H.N., a resident in the Vietnamese capital who was announced Vietnam’s ‘patient No. 17’ on Friday last week, was on the same flight.

M.J. and K.A.C. are among at least 15 COVID-19 cases confirmed over the past five days in Vietnam that can be traced back to the Hanoi woman, including her chauffeur and aunt, who drove her to the hospital.

According to the communications subcommittee of Da Nang’s Steering Committee for COVID-19 Prevention and Control, the two Britons boarded flight VN163 from Hanoi that landed at Da Nang International Airport in the namesake city at 10:20 am on March 2.

They were picked up by a car driver sent by VANDA Hotel on Nguyen Van Linh Street in Hai Chau District.

The two had dinner at the El Gaucho steakhouse inside Indochina Riverside Mall on Bach Dang Street in the same district that evening.

The British nationals spent the whole day of March 3 at VANDA before having their dinner at Ca Lua Restaurant on Binh Minh 4 Street.

They traveled to neighboring Quang Nam Province and played golf at the Vinpearl Golf Nam Hoi An golf course on the next day.

On March 6, they played golf at Montgomerie Links Hotel & Villas in the ancient town of Hoi An and returned to VANDA in Da Nang later that day.

They had dinner at Pizza 4P’s on Hoang Van Thu Street in Hai Chau District.

During this time, the two came in touch with 40 other people, who were quarantined and sampled for testing. Their test results all returned negative, the Department of Health of Da Nang announced on Tuesday morning.

They have shown no sign of COVID-19 infection and are currently closely monitored for 14 days. A second round of testing is being done by the city’s Center for Disease Control.

The novel coronavirus, which first emerged in the central Chinese city of Wuhan in December 2019, has infected over 114,000 people and killed more than 4,000 globally, according to Ministry of Health statistics.

Vietnam has so far confirmed 34 infections, including 20 Vietnamese, two Chinese nationals, one Vietnamese American, nine British citizens, one Mexican, and one Irish national.