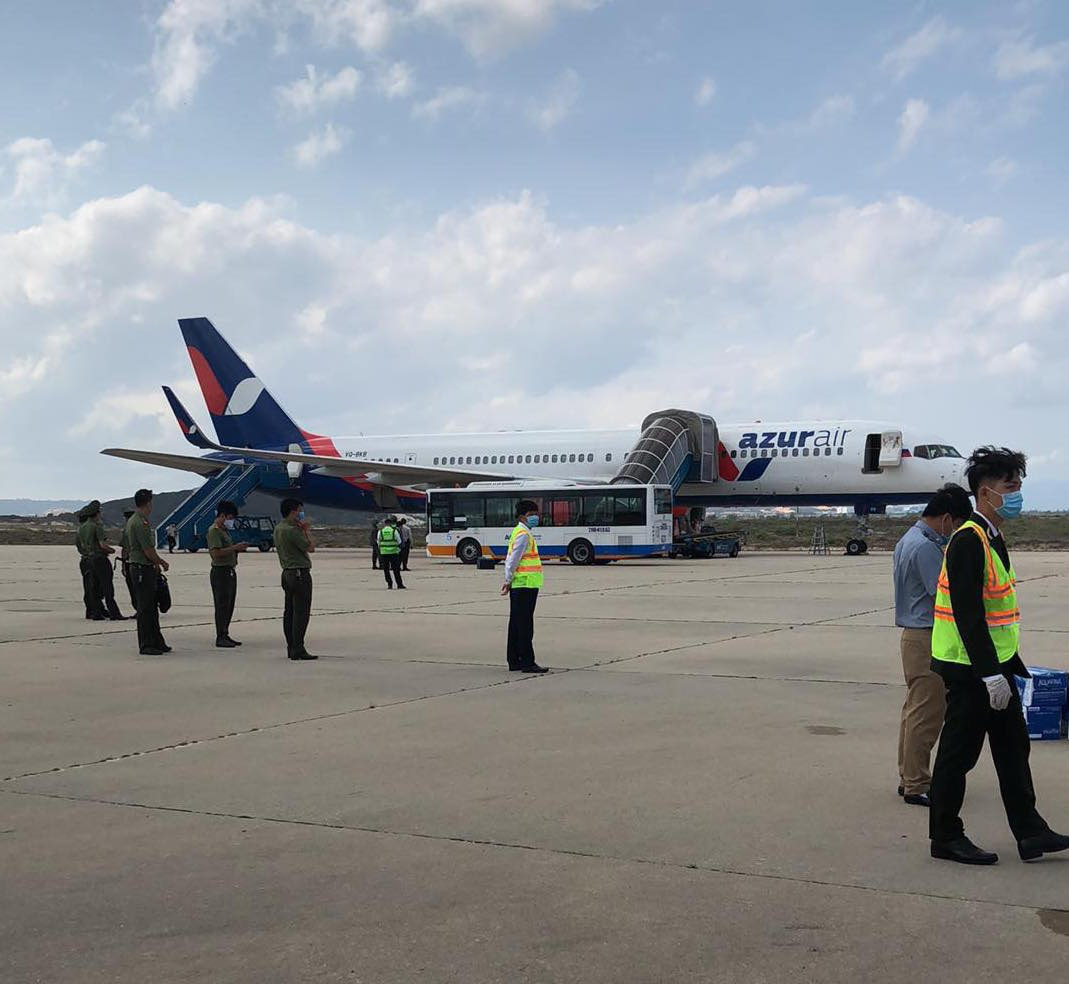 An aircraft arriving in the south-central Vietnamese province of Khanh Hoa from Russia was promptly evacuated after an anonymous source claimed there was a bomb on the plane.

The incident occurred on flight ZF2443, which traveled from Krasnoyarsk City in Russia to Cam Ranh International Airport, located in the namesake city in Khanh Hoa Province, on Monday morning, according to a source close to Tuoi Tre (Youth) newspaper.

Shortly before the aircraft landed at 6:50 am, Russian carrier Azur Air, which operated the flight, received an anonymous phone call claiming that there was a bomb on board.

The information was then reported to managers of the Cam Ranh airport.

After 239 passengers and eight crew members were evacuated from the aircraft, airport security began searching the cabin and went through passengers’ checked luggage.

The plane was handed over to the airline on the afternoon of the same day after no threat was found.

“It must have been a joke played by someone in Russia,” the source stated.

All passengers completed their immigration procedures normally while the plane departed for Russia at 6:00 pm the same day, the source added.