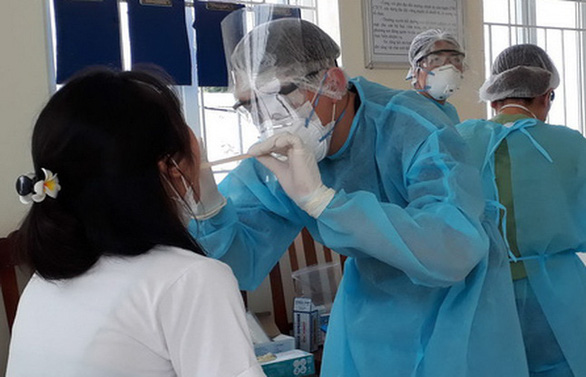 One-third of Vietnam’s active cases of novel coronavirus disease (COVID-19) have tested negative for the first time but they are still being treated in hospitals pending any discharge, according to the Ministry of Health.

The country has confirmed 218 cases, including 175 Vietnamese and 43 foreigners, with 11 new patients announced by the ministry on Wednesday.

Sixty-three patients have fully recovered and been discharged from the hospital.

Fifty-four of the 155 active COVID-19 cases have tested negative for the virus once.

Tests on a total of 43 patients have returned negative twice.

They are all being treated in hospitals, pending further examinations before any discharge.

A patient can only be discharged from the hospital if their fever has ceased for three days, their clinical symptoms have improved with stable vital signs, and at least two successive tests conducted one day apart have come back negative, according to Ministry of Health standards.

Hanoi and Ho Chi Minh City are the country’s epicenters.

The capital has recorded 91 cases, with 27 having recovered.

The southern hub has released 15 of its 49 patients from the hospital.

Bach Mai Hospital is the biggest cluster in Hanoi, as 38 cases have been linked to it.

Buddha Bar & Grill is the equivalent in Ho Chi Minh City, with 16 patients having been traced to the place. One of the 16 was annnounced by the municipal Department of Health on Wednesday and still needs to be confirmed by the health ministry later.

Vietnam considers the next two weeks critical to its fight against the virus.

The government is trying its utmost to slow the COVID-19 spread and keep the case count under 1,000 for as long as possible.

The Southeast Asian country started going into nationwide social distancing that will last for two weeks on Wednesday.

Citizens are advised to wear face masks in public, to stay home as much as possible, to keep a two-meter distance in social interaction, and not to gather in groups of more than two in public spaces.

Travel restrictions are in place while much of public transportation has been stalled.