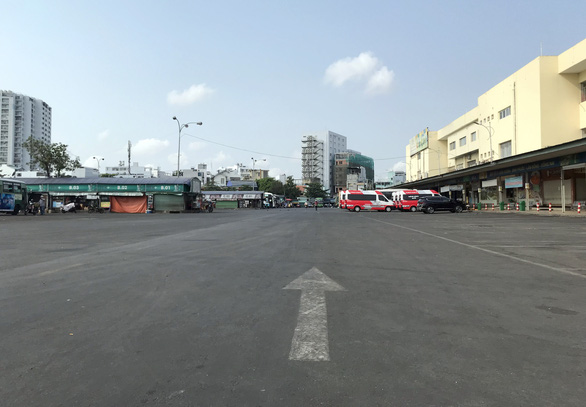 Traffic inspectors have set up checkpoints at seven entrances to Ho Chi Minh City in order to prevent four-wheeled commercial passenger vehicles from entering the city and protect its residents from the COVID-19 epidemic.

The entrances affected are the gateways between Ho Chi Minh City and the neighboring provinces of Dong Nai, Binh Duong, Long An, and Tay Ninh.

“Households are advised to keep a distance from households, villages from villages, communes from communes, districts from districts, and provinces from provinces,” the directive reads.

The social distancing measures will last until April 15.

Tran Quoc Khanh, chief inspector of the city’s Department of Transport, on Wednesday told Tuoi Tre (Youth) newspaper that the main duty of traffic inspectors at the checkpoints is to admonish people for inter-city travel.

People found driving four-wheeled commercial passenger vehicles in the ban list via these entrances will be asked to turn their vehicles around.

Vehicles of these types will only enjoy exceptions when in use for official duties and supplying food and basic essentials, or if they are company shuttle buses.

“In the next days, we will also beef up the supervision of waterway transport,” Khanh said.

Vietnam has confirmed 222 COVID-19 infections, with 64 patients having fully recovered.

Prime Minister Nguyen Xuan Phuc on Tuesday issued a directive requesting the implementation of social distancing, including a ban on public gatherings of more than two people, from April 1 to 15.

Only a handful of daily domestic flights and railway routes are allowed to remain in operation during this period.