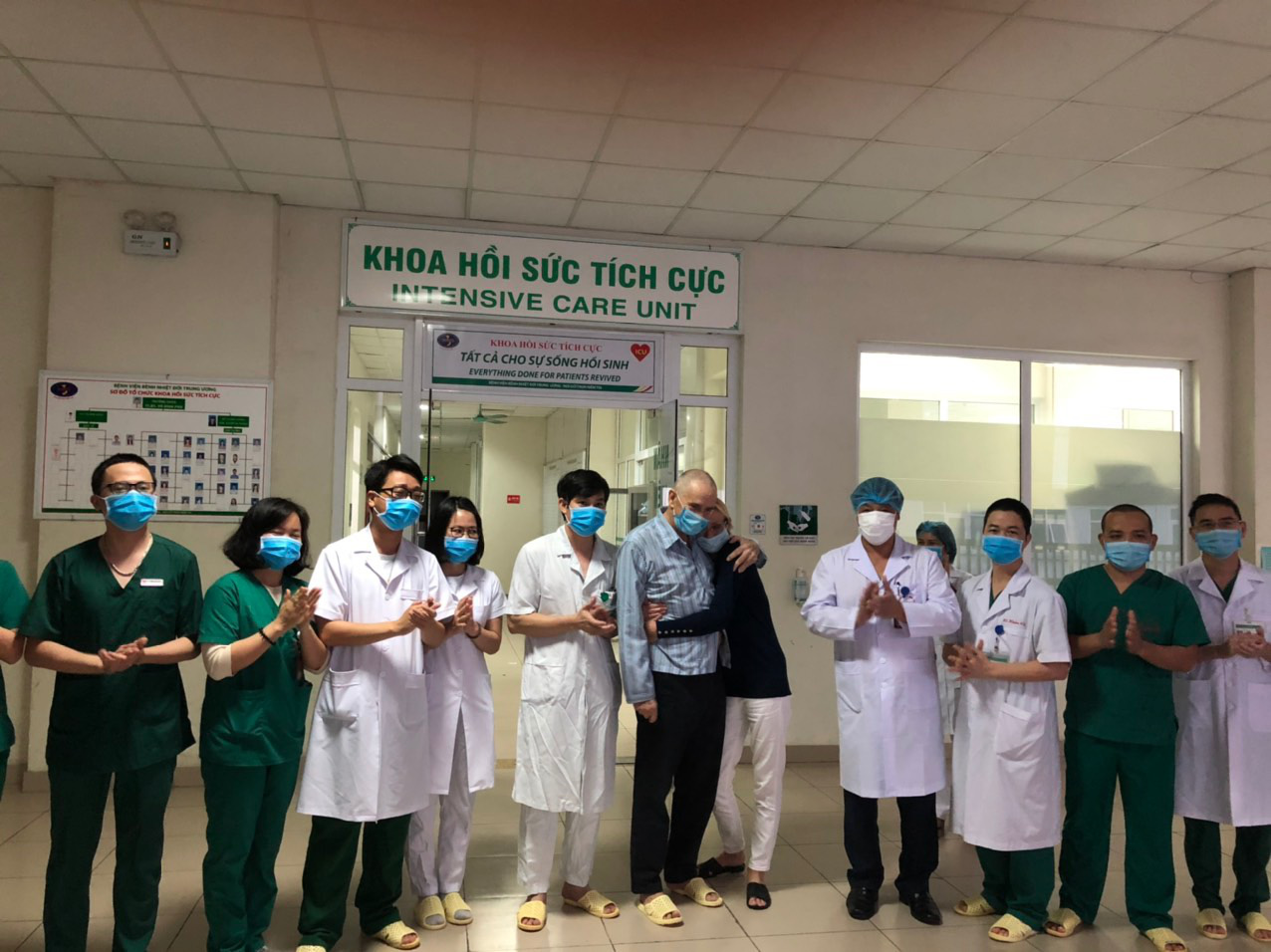 A 74-year-old British man has been discharged from a hospital in Hanoi after overcoming bad health and recovering from novel coronavirus disease (COVID-19).

He was among six patients most seriously sickened by COVID-19 in Vietnam.

Garth’s wife, who had also contracted the virus and recovered before him, extended her gratitude toward Vietnamese doctors for saving their lives.

The married couple boarded a flight back to their home country on the same night. The flight was arranged by the UK government to bring home British citizens in Vietnam.

Garth and his wife arrived in Vietnam on vacation on March 2 on the same flight as many other who were later diagnosed with COVID-19 in the country.

After landing in Hanoi, they traveled to Ha Long, a popular tourist city in the northern province of Quang Ninh.

After Vietnam’s patient No. 17 was confirmed on March 6 – the first among the country’s second batch of COVID-19 patients – authorities began looking for all passengers on the London-Hanoi flight for quarantine and screening.

The British couple were brought to a quarantine camp in Quang Ninh on March 6 and admitted to the National Hospital for Tropical Diseases on March 13 after testing positive for COVID-19.

Garth’s wife was in good health conditions and made a swift recovery from the disease.

Meanwhile, Garth’s health turned bad on March 22. He started receiving support from a ventilator on March 27 as his condition worsened.

His health eventually improved and a ventilator was no longer required as of April 5.

By April 13, he had tested negative for COVID-19 four times since receiving treatment.

Doctors in Vietnam are still exerting their best efforts to treat the five remaining patients who are in critical health conditions, including a 43-year-old British pilot in Ho Chi Minh City.

The novel coronavirus, which first emerged in the central Chinese city of Wuhan in December 2019, has infected over 1.92 million people and killed more than 119,600 globally as of Tuesday morning, according to Ministry of Health statistics.

Vietnam has confirmed 265 COVID-19 cases in total, with 151 having recovered.