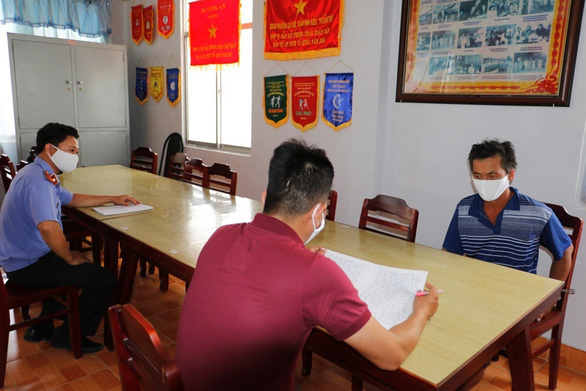 In Vietnam, man arrested for punching policeman who asked him to wear face mask

A man has been arrested in Can Tho City, located in southern Vietnam, for attacking a police officer who told him to wear a face mask as per regulations on novel coronavirus disease (COVID-19) prevention and control.

The officer was part of a team tasked with making sure city residents were practicing social distancing for COVID-19 prevention and control as per a prime minister directive.

The team found the man intoxicated, topless, and not wearing a face mask at a restaurant near the downtown park.

They asked Hai to put on a face mask as per regulations making it mandatory for all citizens to wear one while outdoors or at crowded places.

Instead of complying with the request, the man rounded on the team, asking in a confronting tone, “So how much will I be fined for not wearing a face mask?”

Hai’s wife, who was also at the scene, tried to calm him down but could not stop him from verbally abusing the officers.

He even threw punches at Bui Phuoc Thanh, one of the police officers.

The other officers pinned Hai down and took the man to the Cai Khe Ward police station, where he admitted that he had been drinking with his friends at a friend’s house earlier the same day.

He was walking home when the patrolling team approached him.

The crime carries a jail term of between six months and three years.

A court in the northern province of Quang Ninh on Friday last week sentenced a local man to nine months behind bars for the same charge after he had attacked officials at a COVID-19 control post.

The case marked the first time a person had been brought to trial and convicted for resisting officials on duty related to COVID-19 prevention and control in Vietnam.