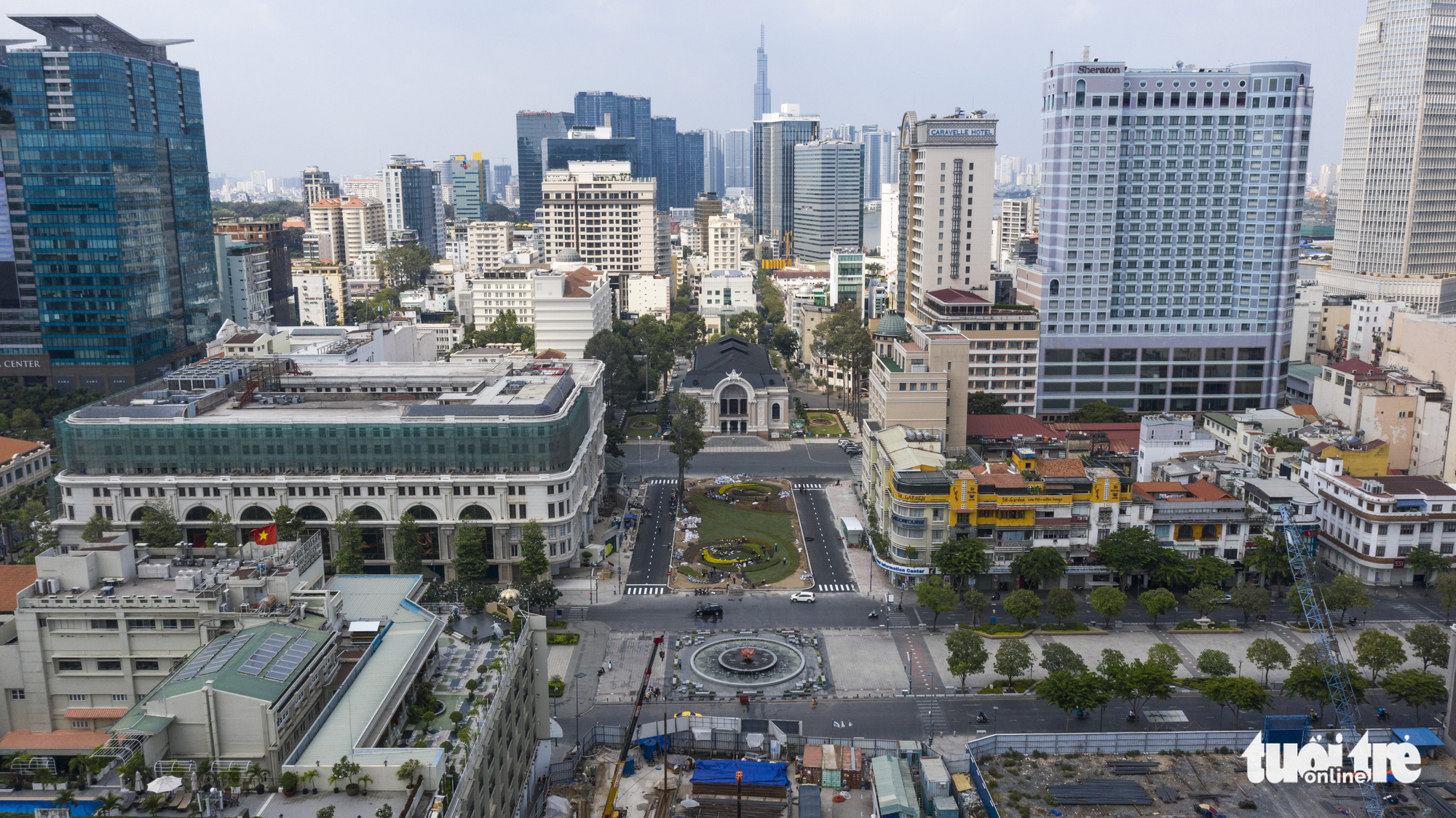 The fences in front of the Municipal Theater in downtown Ho Chi Minh City have been removed as the construction of an underground terminal of metro route No. 1 is almost complete.

According to the city’s Management Authority for Urban Railways, the metro terminal, named after the Municipal Theater, measures 190 meters long, 26 meters wide, and is designed to have four underground floors.

Passengers will get on and off the trains on the second and fourth floors.

Meanwhile, the area on the surface, which lies in front of the Municipal Theater and between Dong Khoi and Nguyen Hue Streets, is expected to be a green space for flower gardens and trees.

The first floor of the Municipal Theater Terminal has been finished, about 96 days ahead of the original schedule despite the novel coronavirus disease (COVID-19) epidemic.

The Management Authority for Urban Railways will continue working with relevant units to accelerate the construction of other parts of the metro project, including rails, electromechanical systems, signal and information systems, and stations.

About 85 percent of the project is expected to be complete this year, and the metro line will come on stream in late 2021.

The trains for the metro route have undergone the final phase of technical evaluation by the Japanese contractor.

It is still unclear when the trains will be imported into Vietnam due to the ongoing pandemic.

Metro route No. 1, which runs from Ben Thanh in District 1 to Suoi Tien in District 9, is 19.7km long, including 2.6km underground railways and 17.1km elevated railways.

The project includes three underground stations and 11 stations above the ground.

The construction started in August 2012, and about 72 percent of the work has been finished.