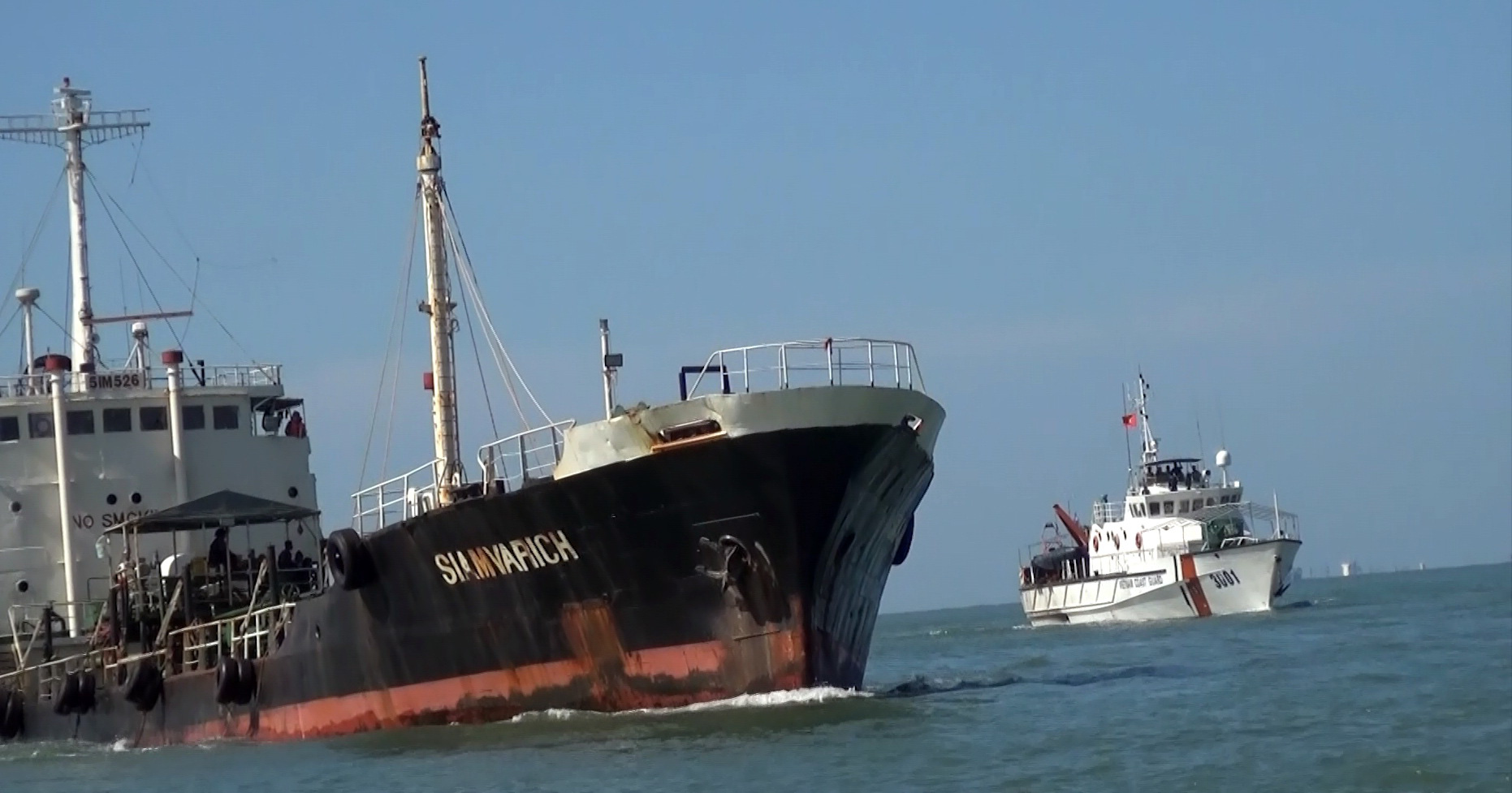 The Vietnam Coast Guard on Monday captured a vessel captained by a Thai national ferrying some 1.7 million liters of undocumented diesel oil in Vietnam’s waters.

A commander of Vietnam’s Coast Guard Region 3 High Command — a military unit based in Ba Ria-Vung Tau Province – said that he spotted the suspicious vessel, named ‘Siam Varich,’ during his sentry duty over the southern area of Vietnam’s Continental Shelf, about 90 nautical miles off Con Dao Islands.

Phirom Sukpheng, a 57-year-old Thai, was found to be the ship’s captain. He failed to present to Coast Guard officers any proof of purchase for the oil as well as an operating license for the tanker.

The 11-member crew of Siam Varich also failed to provide any certificate of competency upon inquiry.

According to the Thai captain’s testimony, the oil was brought to Vietnamese waters for sale. He admitted his actions were in violation of international and Vietnamese laws.

This is one of the largest arrests by the Vietnam Coast Guard this year.

Since January, the Coast Guard Region 3 has intercepted seven vessels operating in a similar fashion.

6 hours ago
Features the expat files