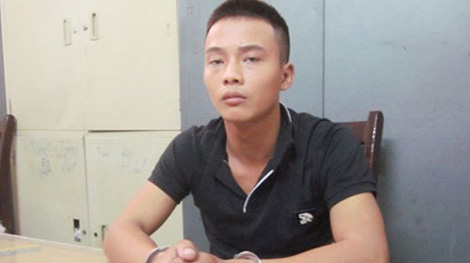 A convicted murderer broke out of a prison in the central Vietnamese province of Quang Ngai for the second time on Wednesday.

Trieu Quan Su, 29, who was convicted of murder, robbery, desertion, and prison break, escaped from the T10 detention facility in Binh Son District, Quang Ngai Province at around 3:00 pm, according to the provincial Department of Police.

Police said Su is a highly dangerous criminal, advising local residents to promptly contact police or military units if they spot him.

This is the second time the inmate has broken out of prison.

Su and another cellmate previously escaped from the facility on November 8, 2015.

They were arrested on December 15 the same year while hiding in Hanoi.

A police officer was injured after being stabbed by Su while in pursuit.

According to a probe by Tuoi Tre (Youth) newspaper, Su used to be a soldier in the 1st Military Region, which is headquartered in the northern province of Thai Nguyen.

During his time in the army, Su stole multiple belongings from his comrades and sold them to gain money for personal purposes.

After being caught stealing nine mobile phones on one occasion, Su escaped from the military but eventually returned to his unit thanks to the advice from his family members.

However, the man deserted his unit an additional four times.

On August 22, 2012, Su was headed to a coffee shop in Long Bien District, Hanoi, where he murdered the 49-year-old shop owner before stealing jewelry, two mobile phones, and some cash.

He was captured three days later and convicted of murder, robbery, and desertion by a military court in March 2013.