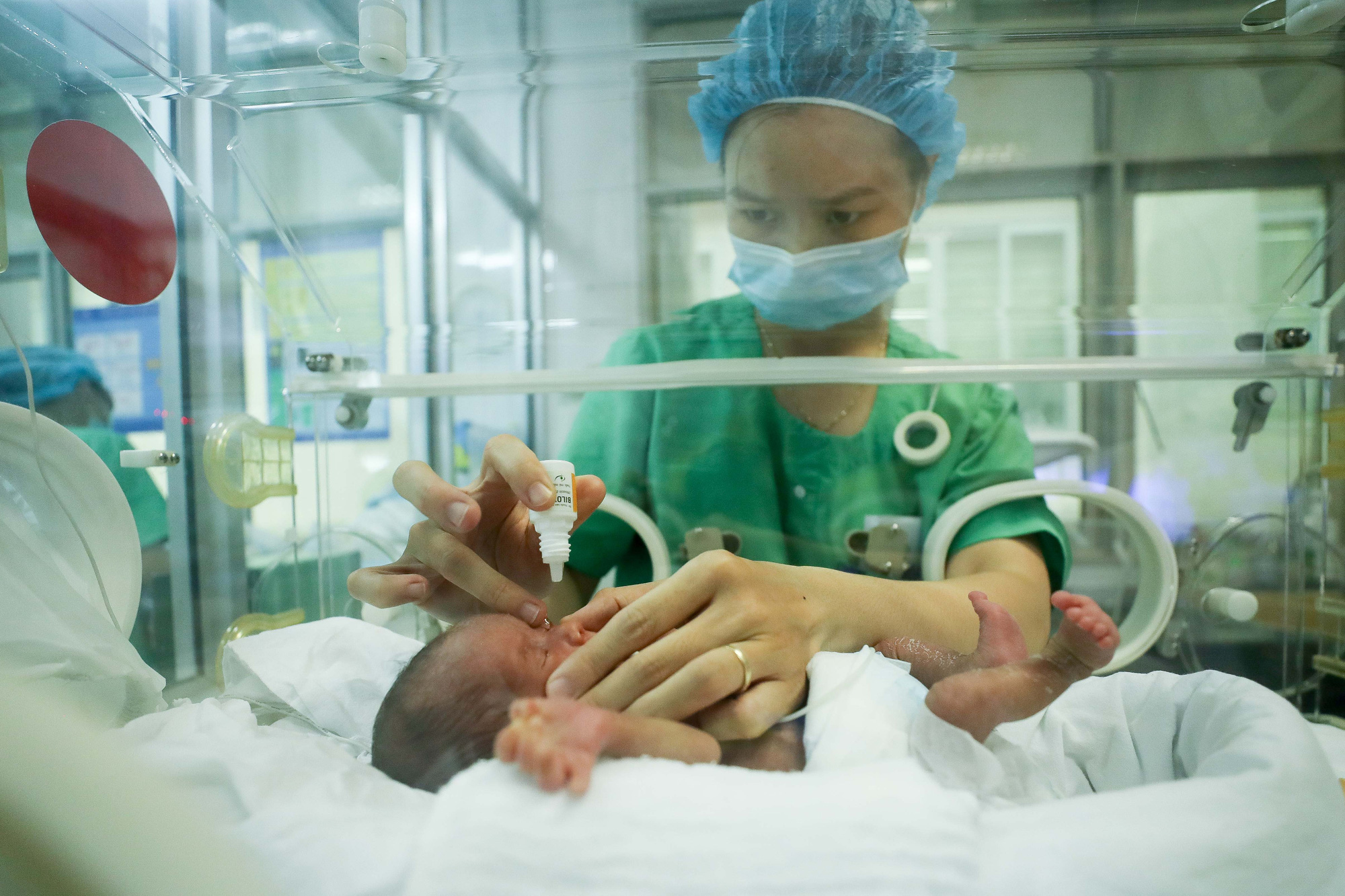 Ho Chi Minh City has the lowest fertility rate in Vietnam, while the north-central province of Ha Tinh has the highest, according to a report from the Ministry of Health.

Among the country’s 63 provinces and cities, 21 have a low to very low fertility rate, the health ministry stated, adding that these localities are mainly located in Vietnam’s southern, central, and Mekong Delta regions.

These regions are home to approximately 38 million people, and a low fertility rate over a long period of time will lead to many negative consequences, the ministry assessed.

Ho Chi Minh City ranks last in terms of fertility rate in the Southeast Asian country, with only 1.35 children born per woman of reproductive age, followed by the Mekong Delta province of Dong Thap with 1.55 and the southern province of Ba Ria-Vung Tau with 1.57.

According to the World Health Organization, the reproductive age of women is between 15 and 49.

About 33 Vietnamese provinces and cities have a high fertility rate, with the north-central province of Ha Tinh topping the list with 2.9 children per woman of reproductive age.

Replacement level fertility is the level of fertility at which a population exactly replaces itself from one generation to the next.

The Ministry of Health has decided to channel state budget into providing contraception to residents in areas with high fertility rates, as 42 percent of the population in these localities are living under the poverty line.

It will also pilot models aimed at preventing infertility and reproductive tract cancer from adolescence.

Vietnam has a relatively high rate of infertility — about 7.7 percent — of which half are primary infertility while the rest are secondary.

Primary infertility refers to couples who have not become pregnant after at least one year having sex without using birth control methods, while secondary infertility refers to couples who have been able to get pregnant at least once, but now are unable, according to MedlinePlus, a free health information service provided by the National Library of Medicine, part of the U.S. National Institutes of Health.

In April, the prime minister encouraged marriage before the age of 30 and promised that families in regions with low fertility rates would be given favorable conditions in buying social houses and getting loans if they give birth to two children.