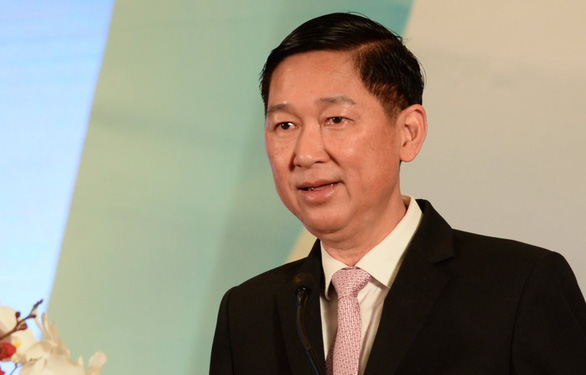 A deputy chairman and a deputy chief of office in Ho Chi Minh City have been pursued as defendants in a case of mismanagement of state-owned property.

Tran Vinh Tuyen, deputy chairman of the Ho Chi Minh City People’s Committee, and Tran Trong Tuan, deputy chief of office of the city’s Party Committee, are being investigated over the charges of "violating regulations on state asset management and use, causing losses and wastefulness."

Meanwhile, Tuan was director of the municipal Department of Construction from 2013 to 2019.

Tuyen, Tuan and other officials are allegedly involved in a case of state property mismanagement at the state-owned agro-forestry and fisheries company Saigon Agriculture Corporation (SAGRI), whose chairman was arrested last year.

After launching legal proceedings against Tuyen and Tuan, officers searched the two men’s workplaces and residences on Saturday as per warrants signed by the Supreme People’s Procuracy.

On the afternoon of the same day, Prime Minister Nguyen Xuan Phuc signed a decision, effective immediately, to suspend Tuyen from his post as Ho Chi Minh City vice-chairman for 90 days for his violations.

Tuyen and Tuan were allegedly involved in violations at a residential project jointly developed by SAGRI in Phuoc Long B Ward, District 9.

Particularly, in 2008, SAGRI signed with Phong Phu Joint Stock Corporation an agreement for their corporation in the construction of the 3.6-hectare project, with SAGRI contributing 28 percent of the investment capital while Phong Phu representing the other 72 percent.

In August 2016, just two months after the project was approved, SAGRI signed another agreement to transfer its entire capital in the project to Phong Phu without organizing an auction and appraisal to determine the market price of the state-owned investment in accordance with regulations.

In November 2017, Tuan, who was director of the Ho Chi Minh City Department of Construction at the time, assessed that the transfer met the prescribed conditions and proposed that the municipal People’s Committee approve it.

The city’s inspectors later found out that SAGRI had transferred its capital in the project to Phong Phu at a price of VND168.2 billion (US$7.26 million), equivalent to about VND10.5 million ($453) per square meter of floor area, which is much lower than the market price of similar projects in the area.

In July 2019, the municipal People’s Committee withdrew its approval of the transfer and requested that SAGRI and Phong Phu backtrack on the deal.

However, the request has not been implemented as the Ministry of Public Security had already begun legal proceedings against a number of officials at SAGRI for other violations at the same time.

Last year, several SAGRI leaders were implicated for alleged violations in budget spending and land use.