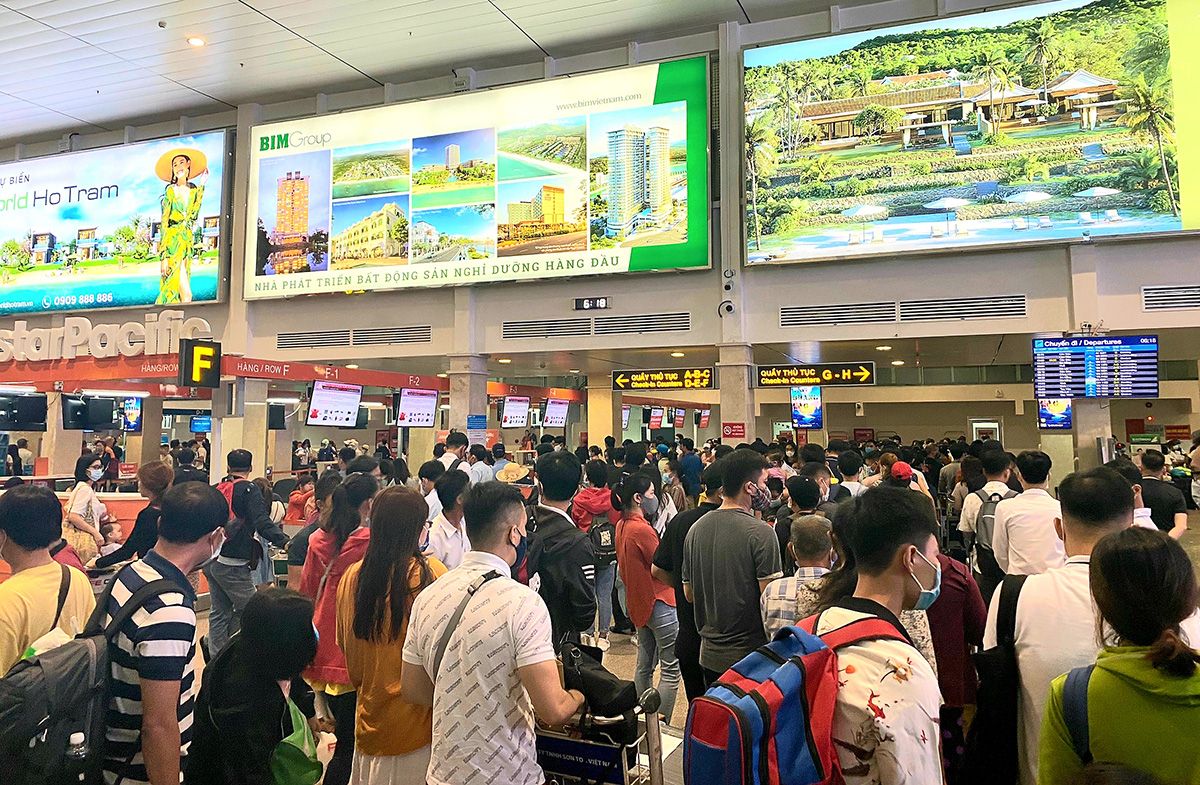 Flight delay and cancelation have become more serious in Vietnam over the past days since two major airports in Hanoi and Ho Chi Minh City began their runway upgrade projects.

It has been over ten days since two runways at Noi Bai and Tan Son Nhat International Airports were closed for an upgrade, and increasingly serious flight delays are already plaguing many passengers.

According to the observation of Tuoi Tre (Youth) newspaper reporters, flight schedules at Tan Son Nhat have been changed regularly, with electronic boards displaying 'delayed' signs in droves.

Nguyen Tien Quynh, a resident in Go Vap District who originally bought a ticket from Ho Chi Minh City to Hanoi with a departure time at 5:00 pm on July 11, said she had to wait until 8:30 pm to be able to board the plane.

“After getting on the aircraft, we had to wait for another 30 minutes before the plane took off,” Quynh added.

Meanwhile, passengers of a recent Vietnam Airlines flight from Cam Ranh City in the south-central city of Nha Trang to Da Nang only knew that their flight had been canceled after already arriving at the airport.

An employee explained that the airline had encountered a system error, which prevented it from sending text messages announcing the flight cancelation to passengers.

Affected passengers were offered a refund or a reschedule.

“I ended having to buy a last-minute ticket of another carrier as I needed to attend an important business meeting,” said H., a passenger.

In another case, a group of ten people in Ho Chi Minh City had to catch a passenger bus to the Mekong Delta province of Kien Giang, located over 250 kilometers away, after their flight was canceled right before departure time.

The runway upgrade projects have lowered the capacity of Noi Bai and Tan Son Nhat International Airports by 30-35 percent, according to the Civil Aviation Authority of Vietnam.

However, many passengers believed that local airlines have been selling much more flights than the airports can actually process, which eventually resulted in delays and cancelations.

Dang Anh Tuan, spokesperson of Vietnam Airlines, refuted such allegations, asserting that all flights operated by the carrier had been permitted by relevant authorities.

A representative of Pacific Airlines stated that the carrier had adjusted the number of flights to match the new capacity at Noi Bai and Tan Son Nhat.

Nguyen Minh Tuan, deputy director of the Southern Airports Authority, said that the agency will closely supervise the operations of local airlines during this peak season to minimize the number of delayed and canceled flights.