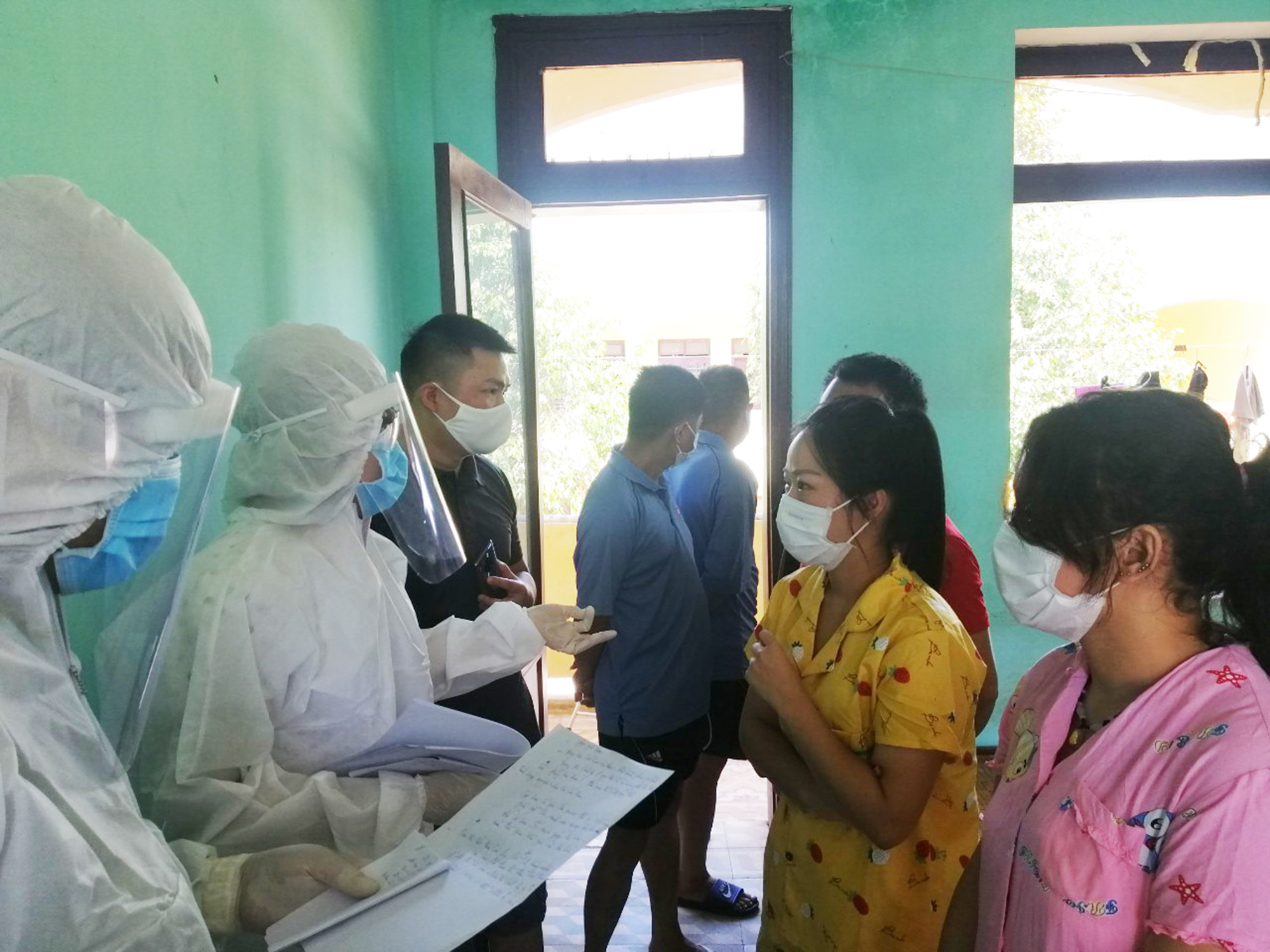 Police officers from Quang Nam Province said on Sunday that they had teamed up with their counterparts in northern Lang Son Province to hand over the group of Chinese nationals.

They started to flee when police officers stormed the villa, but were eventually caught and sent to a quarantine center in Tam Ky City, the provincial capital, for two weeks.

They have been tested for the virus once with all results coming back negative.

The foreigners reportedly intended to seek jobs in the neighboring city of Da Nang, the current COVID-19 outbreak epicenter of Vietnam.

An investigation found that a Chinese man, identified as Gao Liang Gu, 40, and a Vietnamese woman, Luong Thuy Dung, 34, from the Mekong Delta province of Tra Vinh, had colluded with each other to smuggle the Chinese nationals into Vietnam.

The duo were detained on charges of organizing illegal entry and active bribery. Another Chinese national was also held in police custody in involvement with the case.

A further investigation into the illegal Chinese entrants is under way.

The Vietnamese Ministry of National Defense reported that border guards had prevented more than 16,000 foreigners from entering Vietnam illegally in the year as of July.

As a result, authorities have launched probes into 30 cases in connection with at least 70 individuals

Major General To An Xo, the spokesman for the Vietnamese Ministry of Public Security, said at a government press briefing that more than 500 Chinese nationals have made their way illegally into 27 out of the country’s 63 provinces and cities so far this year.

A court in the northern province of Quang Ninh last week sentenced six men, aged 18 to 25, to between two and six years in prison for smuggling six Chinese nationals into the country.