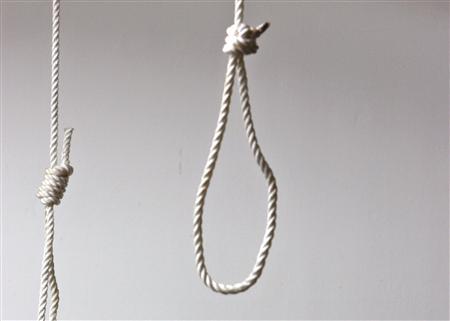 Drug suspect hangs himself before trial in Vietnam jail: police

A drug trafficking suspect who was detained in a prison in the northern province of Bac Kan has committed suicide by hanging himself just eight days before his trial, the provincial police confirmed on Tuesday.

At 6:30 am on the same day, wardens at the provincial detention facility found out Gia Ba Mai, 28, who hailed from the north-central province of Nghe An, had hanged himself with a rope made from a blanket.

After the discovery, the unconscious man was given first aid at the scene and rushed to Bac Kan General Hospital.

However, Mai was pronounced dead at the hospital at around 7:35 am the same day.

Mai allegedly tore apart his blanket and braided its pieces into a rope before tying it to the ventilation window of his cell door to make a noose, making it possible for him to commit suicide, according to police officers.

In December 2019, he was caught carrying 55 bricks of heroin in Xuat Hoa Ward of Bac Kan Province.

Six months later, Mai was indicted for illegal transport of narcotic substances, based on Article 250 of the Penal Code. The offense can be punishable by death.

His trial was slated for August 26.

Two other death-row inmates committed suicide inside their cell in the same prison early this month.

Lang Van Van and Luong Van Bang used twines they had made from blankets and rush mats to hang themselves to death, four days after the duo was condemned to capital punishment for illegally transporting narcotics.

Those convicted of possessing or smuggling more than 600 grams of heroin or more than 2.5 kilograms of methamphetamine can face the death penalty.