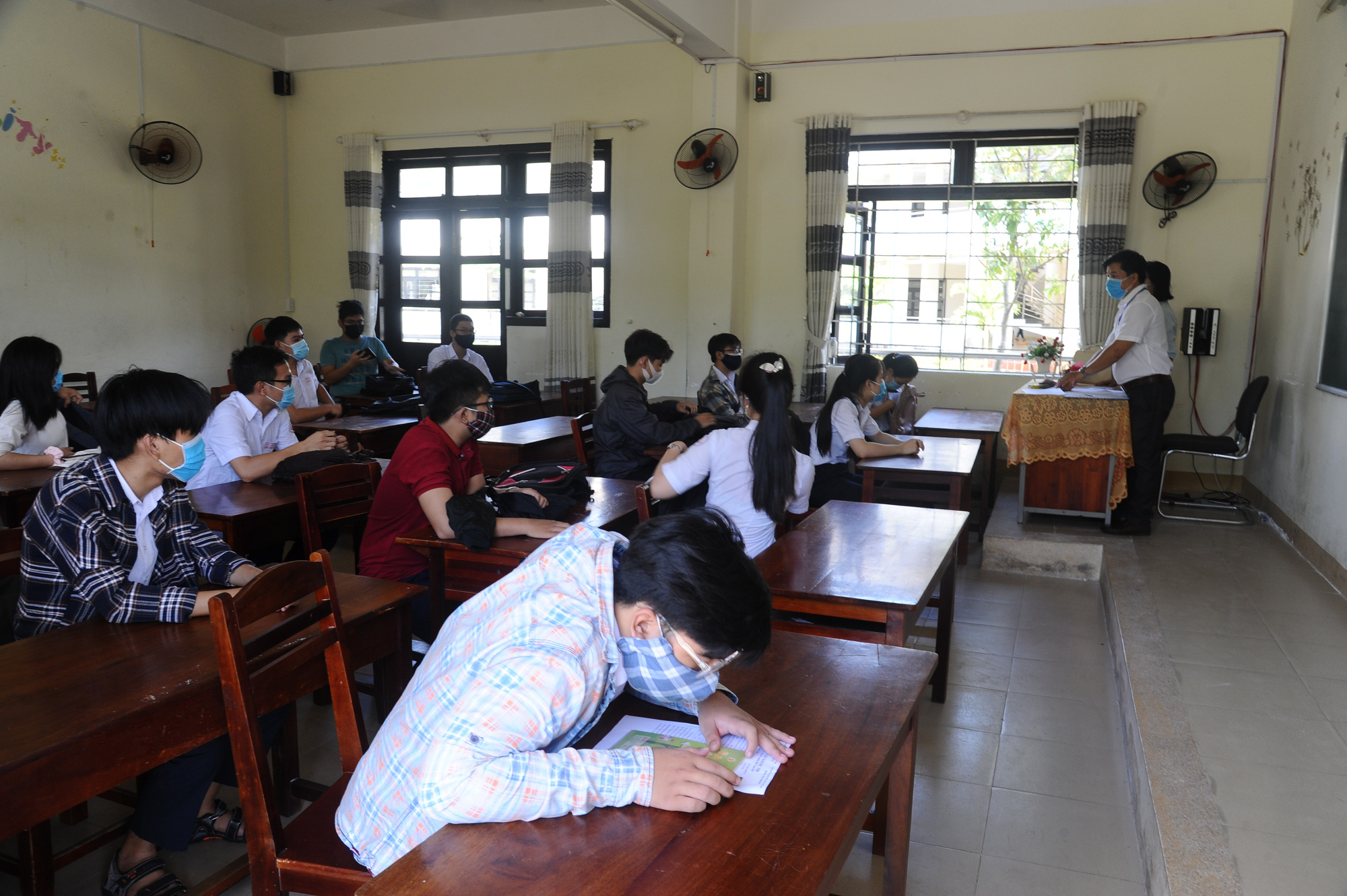 Nearly 1,300 people have been tested for novel coronavirus disease (COVID-19) after a teacher in charge of supervising the national high school exam in the central Vietnamese province of Quang Nam became infected with the disease.

N.T.C., a 34-year-old teacher in Hoi An City, was assigned supervisor for the national high school exam at the testing venue located at Kham Duc High School in Phuoc Son District, the provincial Department of Health said on Wednesday.

The exam took place on two days, August 9 and 10, with students also asked to be present at their testing venue on August 8 for preparation.

From July 13 to 14, the man took care of his wife, who was treated in the department of neurosurgery at Da Nang Hospital in the namesake central city.

C. bought food at the entrance of the hospital multiple times during this period and had contact with four of his wife’s visitors.

On July 15, he attended his school’s year-end ceremony and joined a party with a class he had taught afterward, before returning to the hospital.

On July 17, C. carried his wife home from the infirmary on a motorbike.

On the afternoon of July 18, the patient went to Minh Tam pharmacy to buy medical supplies.

On July 22, he came to Nong Son High School, where he works, to supervise an exam and had contact with multiple students and teachers.

On July 25, he attended a meeting with other teachers in the school.

C. took his wife to Hoi An General Hospital on the following day and had contact with a health worker.

On August 1, the married couple went to a local medical center to fill out health declaration forms and was instructed to monitor their health at home.

From August 8 to 10, he supervised the national high school exam at Kham Duc High School in Phuoc Son District.

He stayed and had meals at Be Chau Giang Hotel during this time.

Between August 11 and 16, he went to the market to buy food on a daily basis.

C. was brought to a quarantine center on August 17 after his wife was confirmed as a COVID-19 patient, and tested positive for the novel coronavirus on the following day.

The Quang Nam Department of Health has conducted COVID-19 tests on 181 people who had direct contact and 1,114 others who had indirect contact with C.

As of Thursday morning, over 950 results came back negative, with the rest expected to become available later the same day.

Vietnam’s COVID-19 tally stood at 994, with 533 having recovered and 25 deaths as of Thursday afternoon.