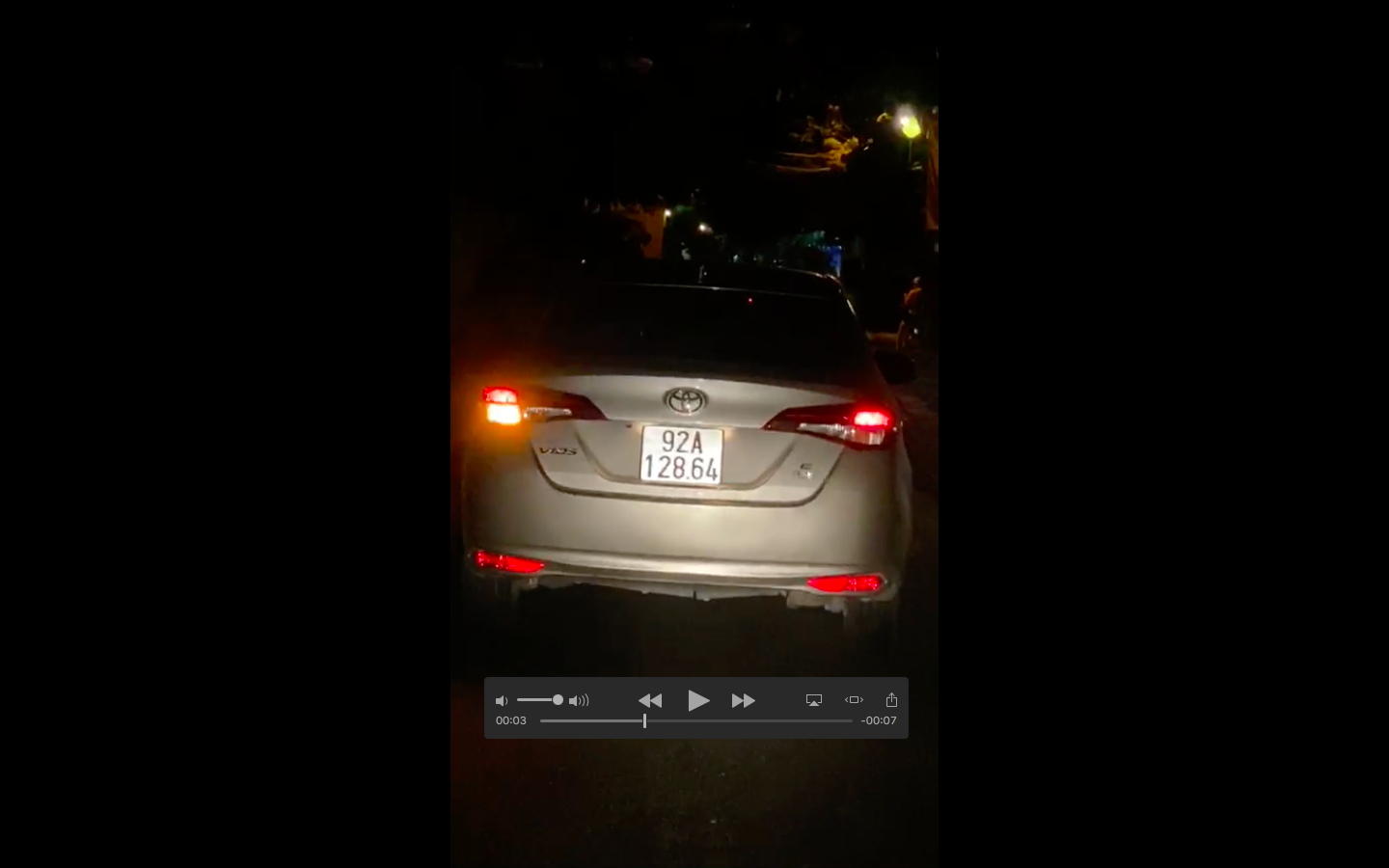 A man has been fined and had his license revoked for driving a car into a banned road in Vietnam’s Hoi An Ancient Town.

Police in Hoi An City, located in the central province of Quang Nam, confirmed they had imposed a VND1.2 million (US$52) fine upon N.H.Y., 22.

Y. also had his driver’s license withdrawn for two months.

The man previously drove his car on Tran Phu Street in Hoi An Ancient Town at around 8:00 pm on Friday.

Automobiles are banned from all streets in the ancient town, which was recognized as a UNESCO World Heritage Site in 1999.

A local resident was able to film the incident on his phone and submitted the footage to police officers.

At the police station, Y. said he had obtained his driver’s license about one year ago.

He was taking his girlfriend to the hospital and was not aware of traffic regulations in Hoi An Ancient Town.

However, a resident said there are prohibition signs at the entrance of the town.

Most drivers break this rule intentionally and often do it at night when people do not pay attention, he added.