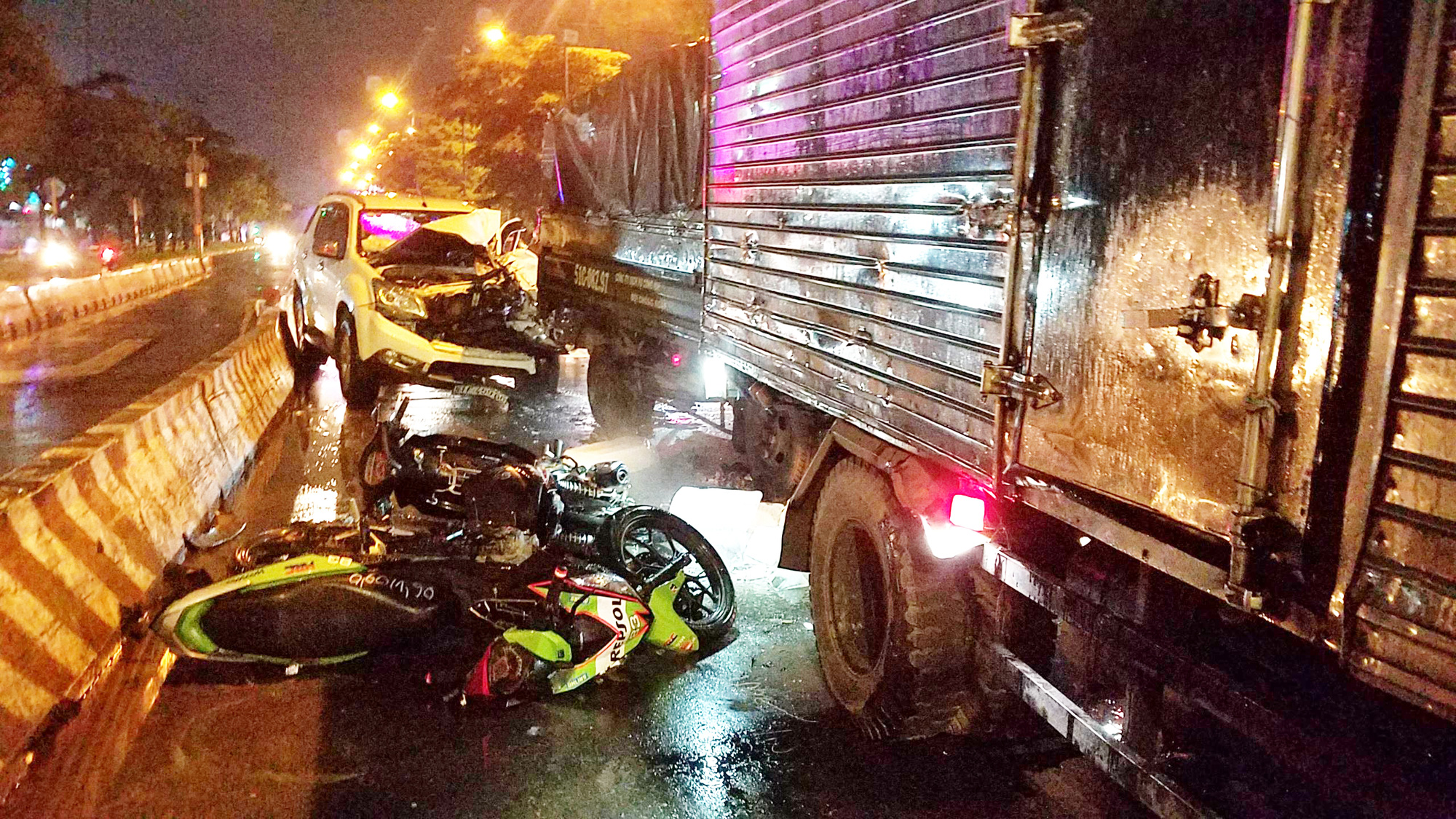 Three people were injured when a seven-seater car crashed into a group of vehicles stopping at a red light in Ho Chi Minh City on Sunday night.

The accident occurred on No. 7 Street in Vinh Loc Industrial Park in Binh Tan District at around 8:10 pm.

The seven-seater car rear-ended a motorbike carrying two people moving in the same direction before slamming into several vehicles waiting at a red light.

The car driver and two others were injured in the crash.

They were rushed to the hospital following the accident.

Three motorbikes, two trucks, and the car in question were damaged in the pile-up.