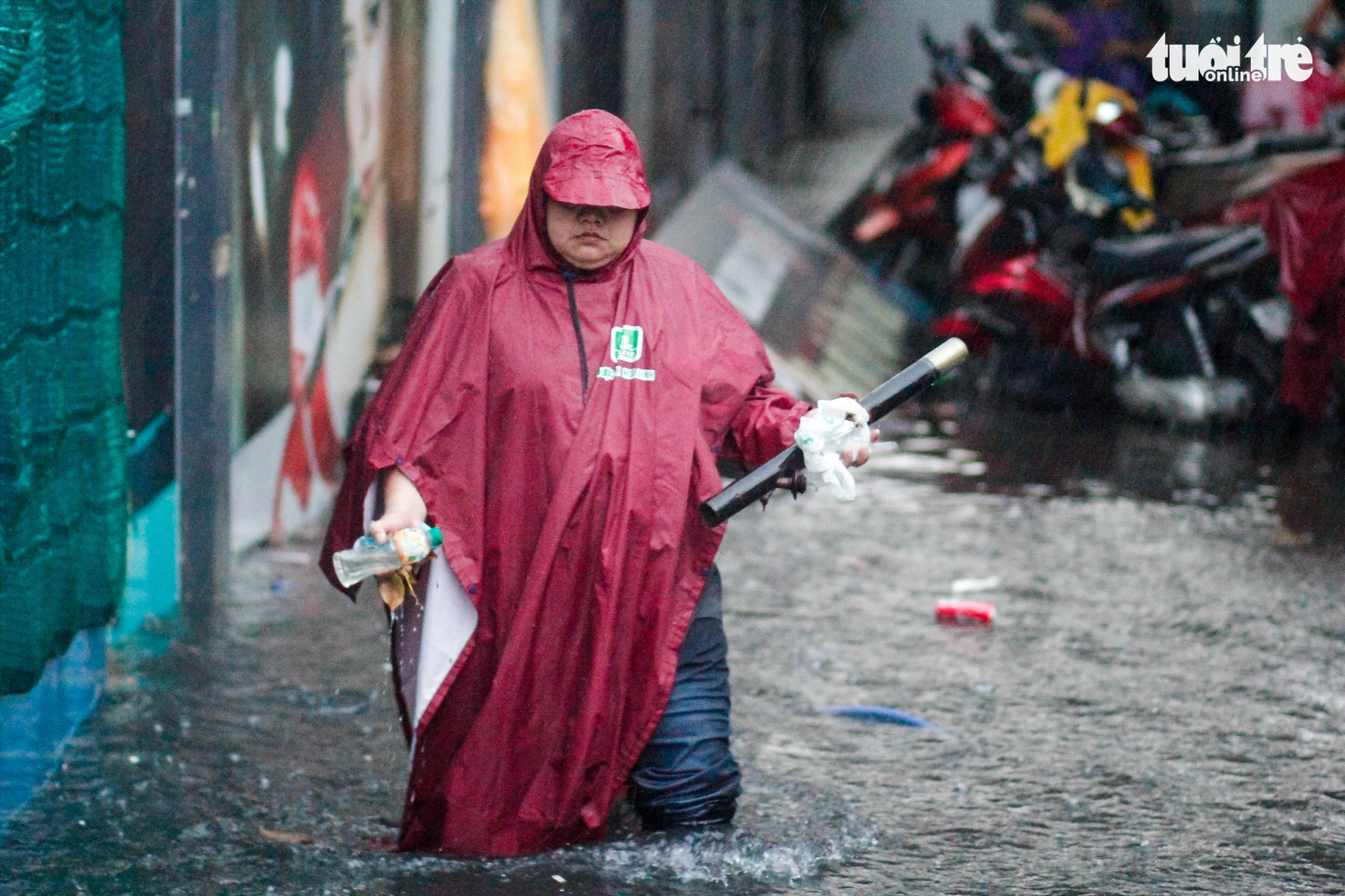 Residents in many parts of Ho Chi Minh City had a hard time commuting on Sunday afternoon as roads were flooded after a heavy downpour.

Meanwhile, poor drainage together with the sloping surface on Vo Van Ngan caused rainwater to flow rapidly, posing a challenge for commuters traveling against the current.

On Nguyen Van Khoi Street in Go Vap District, a 30-minute downpour led to heavy flooding with water rising higher than the wheels of many motorbikes.

Rain accompanied by thunderstorms and strong gusts occurred in southern Vietnam due to a convergence with a strengthening southwest wind, according to the Southern Region Center for Hydro-meteorological Forecasting.