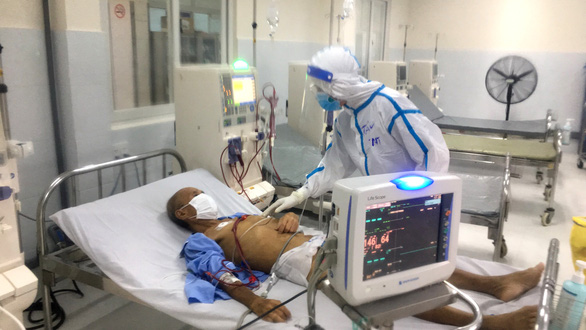 — The 41st General Assembly of the ASEAN Inter-Parliamentary Assembly (AIPA 41), which is held virtually due to COVID-19, opened and was chaired by Vietnamese National Assembly Chairwoman Nguyen Thi Kim Ngan in Hanoi on Tuesday, the Vietnam News Agency reported.

— Vietnam’s COVID-19 tally on Wednesday morning reached 1,054 with 148 under treatment, 868 recoveries and 35 deaths, according to the Ministry of Health.

— A video has caused a stir on Vietnamese social media as it captured a man spitting on a Hanoi bus attendant on Monday after he was asked to get off the vehicle for refusing to wear a face mask.

— The Ministry of Health on Tuesday said the World Health Organization has provided Vietnam with ten more jars of antidote worth US$8,000 each to treat ten serious botulinum poisoned cases after the consumption of a vegan pâté product of the brand Minh Chay, produced by Hanoi-based Loi Song Moi Company.

— The central city of Da Nang has called for a total investment of VND47.5 trillion (US$2 billion) from the state budget and foreign sources for the development of 38 projects between 2021 and 2025, focusing on transport and traffic, the Vietnam News Agency reported on Tuesday.

— Vietnam's Ministry of Foreign Affairs on Tuesday said the Japanese government had actively directed the search for four people, including two Vietnamese, who went missing in Miyazaki Prefecture during a landslide caused by storm Haishen late Monday and early Tuesday.

— Ho Chi Minh City authorities seized 33,000 motorcycle parts of unknown origin which were estimated to be worth over VND1 billion ($43,000) after inspecting seven stores in the city.