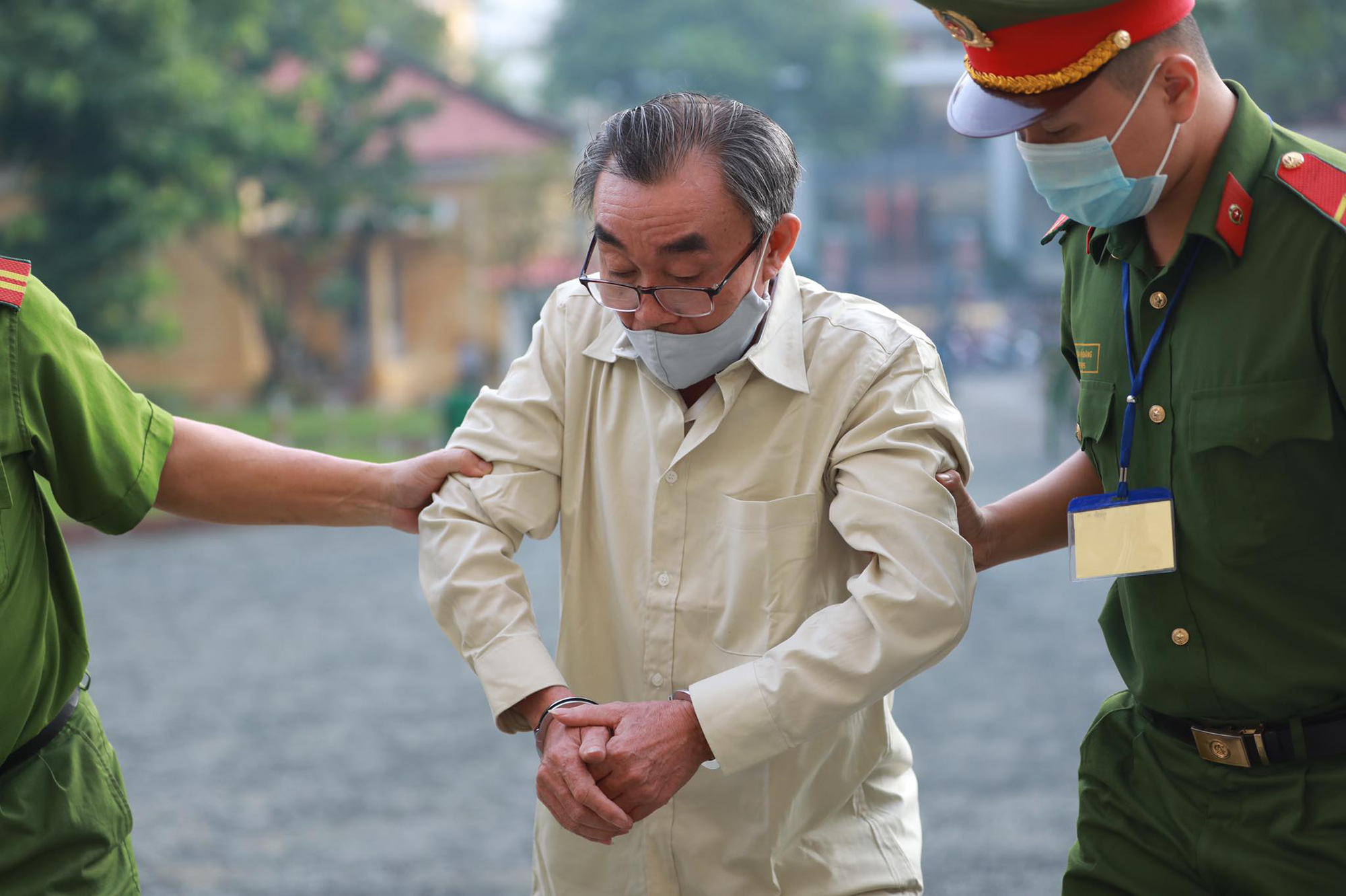 Twenty people have been sentenced to between two and 24 years in prison for roles in the 2018 bombing of a police station in Ho Chi Minh City.

The Ho Chi Minh City People’s Court announced the punishment for the defendants at the end of a two-day trial on Tuesday.

Nguyen Khanh, 59, was sentenced to 20 years in prison for “terrorism against the people’s administration” and another four years for “illegally manufacturing, storing, and trading explosives.”

The remaining 19 defendants received between two to 18 years behind bars for similar offenses.

After completing their jail terms, they will be required to undergo a probation period of three to five years.

According to the jury, an organization named ‘Trieu Dai Viet’ (Viet Dynasty) was established by a man named Ngo Hung, who lives abroad.

Hung often colluded with other reactionaries in order to overthrow the Vietnamese government, sponsored terrorism, and enticed people to join the illegal activities.

Others were tasked with making bombs and explosives for the group’s terror activities.

At 9:00 am on June 20, 2018, the group members planted two bombs at the headquarters of the police unit in Ward 12, Tan Binh District and activated them with a remote detonator.

The blast injured two officers and caused more than VND380 million ($16,390) in damages.

The court stated that the defendants’ criminal acts posed danger to the society, destroyed many assets, and harmed the health and lives of officers and the people.

The judges found that this was an organized crime and the defendants had be sternly punished to prevent similar offenses and ensure safety for the society.

Aside from their prison terms, Khanh and two other accessories, Vu Hoang Nam and Duong Khac Minh, were also ordered to pay over VND349 million ($15,000) as compensation for the damage done at the police station and nearly VND15 million ($642) to the two victims.

At the trial, Khanh claimed he had followed Hung’s directions just to earn money to put bread on the table for his family, and that he had no intention to go against the state.

‘Trieu Dai Viet’ also asked him and other suspects in Vietnam to recruit as many people as possible, Khanh continued.

To pocket more money, the man falsely reported to the organization that he had convinced 24 people to join them.