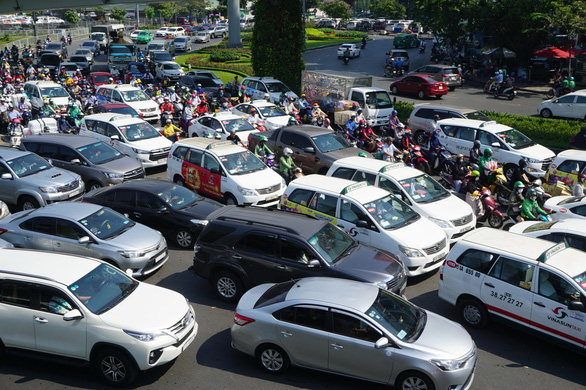 The Ho Chi Minh City Department of Transport has proposed the construction of 55 traffic infrastructure projects for 2021 meant to ease congestion or link the city with nearby localities.

According to the department, the two proposed roads would require VND81.75 trillion (US$3.52billion) from the city’s budget and VND68.613 trillion ($2.96 billion) from public-private partnership (PPP) sources andother funding programs.

The department suggested the city kickstart the project by disbursing VND32.878 trillion ($1.42 billion) in 2021.

The project is expected to ease traffic congestion on inner-city streets and some roads leading to the city’s Tan Son Nhat airport.

Elevated road No. 5 will stretch about 34 kilometers from Station 2 in Thu Duc District and run above National Highway No. 1 until it reaches An Suong and ends at Tan Tao-Cho Dem.

Requiring a huge total investment of VND32.9 trillion ($1.42 billion), the project will be divided into two phases.