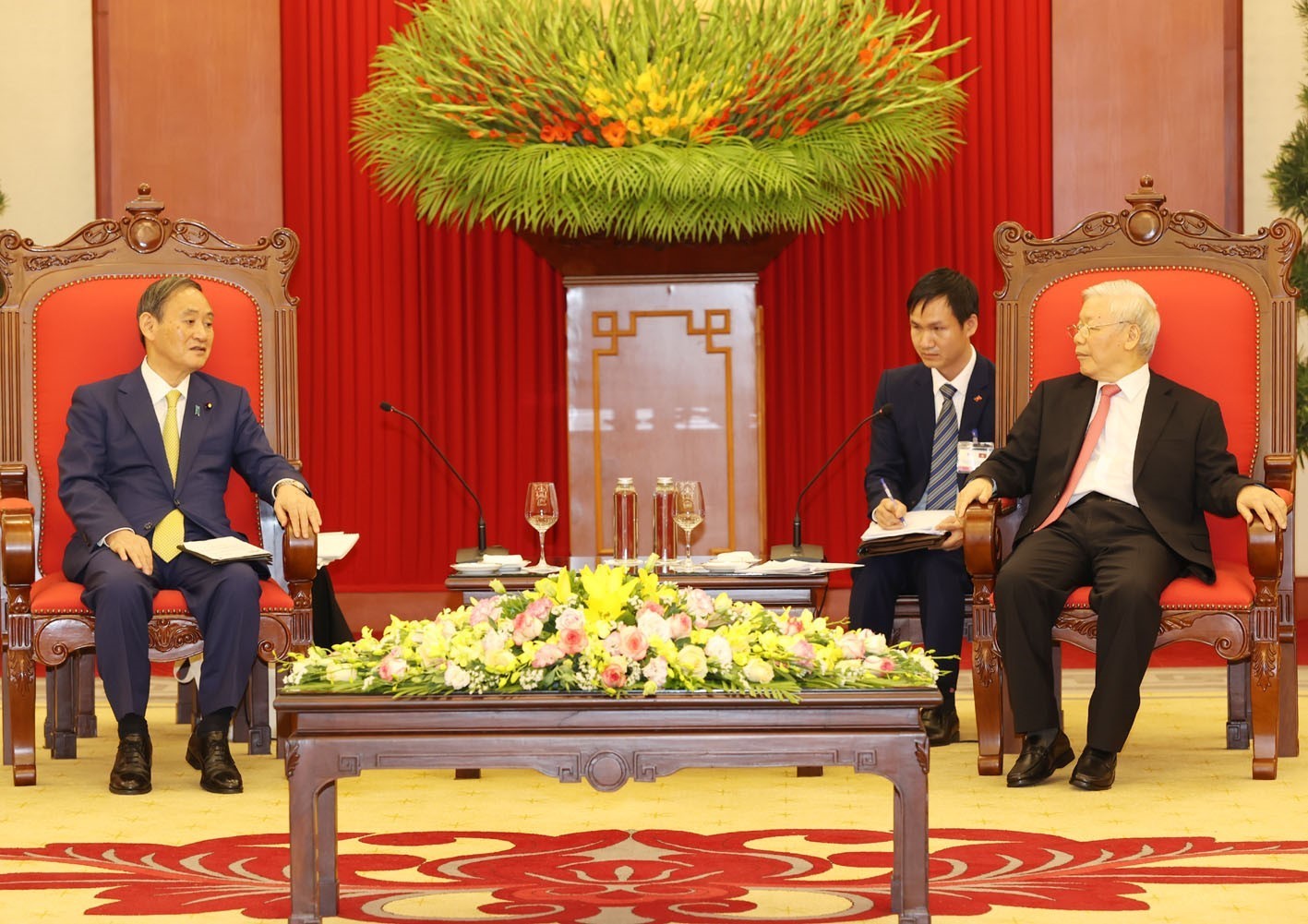 -- Authorities found on Monday the bodies of 22 soldiers buried after their station were hit by a landslide in north-central Quang Tri Province early on Sunday morning.

-- Flood and landslides triggered by prolonged downpours in central Vietnam since early October have killed 102 people and left 26 others missing, the National Steering Committee for Disaster Prevention and Control said on Monday.

-- A tropical depression is heading toward the East Vietnam Sea and is expected to become a storm and may impact central provinces, the National Center for Hydro-meteorological Forecasting reported.

-- Minister of Agriculture and Rural Development Nguyen Xuan Cuong has proposed that the central government provide VND100 billion (US$431,400) and 1,000 metric tons of rice to each province in central Vietnam that has been hit hard by rain and flooding since early this month.

-- Prime Minister Nguyen Xuan Phuc on Monday requested that all residents in Ho Chi Minh City and Hanoi continue wearing face masks in public to prevent the spread of COVID-19, while those violating this regulation shall be penalized.

-- The Saigon River Tunnel (Thu Thiem Tunnel) in Ho Chi Minh City will be closed from 1:30 pm to 3:30 pm on October 24 and 25 for a fire drill and search and rescue exercise, according to the municipal Department of Transport.

-- The Airports Corporation of Vietnam (ACV) held a groundbreaking ceremony on Monday for a project on expanding an aircraft apron at Da Nang International Airport in the namesake central city.

-- An increase in imported pork and declining meat consumption have pushed pork prices down in Vietnam, which helps stabilize the country’s consumer price index, according to the Ministry of Agriculture and Rural Development.