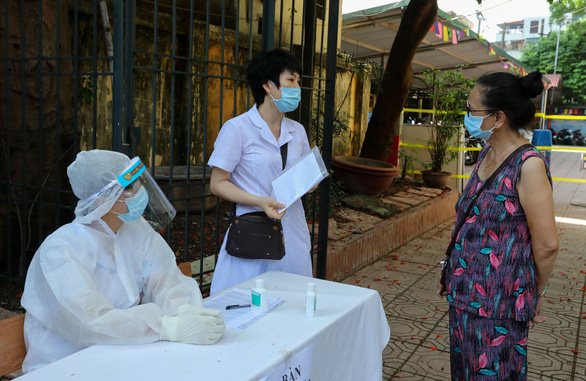 Vietnam’s Ministry of Health reported 12 imported cases of COVID-19 on Saturday, all Vietnamese returnees from France, Russia, Germany, and Angola.

They were quarantined upon arrival, the health ministry said.

Among the remaining seven cases, three were repatriated from Germany and four from Angola. They are receiving treatment in Hanoi.

Vietnam has logged 1,160 COVID-19 cases since January 23, when the virus first emerged in the Southeast Asian nation, according to the health ministry’s data.

The number of recovered patients has hit 1,051 while 35 virus-related fatalities have been recorded to date.

Four patients passed away after having been cleared of the pathogen so they were not counted in the nation’s death toll.

Zero domestic infections have been confirmed in Vietnam in the last 52 days.

The health ministry has warned that the pandemic may worsen in the coming winter, insisting that people wear face masks in public, sanitize hands, keep a safe distance, avoid gatherings, and declare health status.