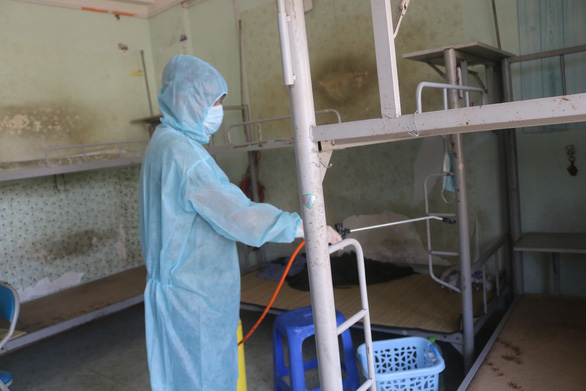 Ho Chi Minh City health authorities have quarantined 38 people exposed to a South Korean after he tested positive for the novel coronavirus in Japan last weekend.

His saliva sample was taken for a rapid antigen test after he landed at Narita International Airport in Narita, Chiba the same day. The result returned positive for the novel coronavirus.

The South Korean had entered Vietnam on July 29 and finished his mandatory quarantine in Hanoi on August 16.

From September 29 to October 24, he worked and stayed in Ho Chi Minh City.

The man had not conducted any conclusive real-time PCR test in Vietnam before leaving for Japan.

An epidemiological investigation showed that he had not come into contact with any COVID-19 patient before.

The Ho Chi Minh City Center for Disease Control has identified and quarantined 38 people who had been in close contact with the South Korean.

Twenty-nine of them already tested negative for the virus with the real-time PCR method while the other nine are waiting for their results.

People who were exposed to those having close contact with him have had their samples taken for testing.

Ho Chi Minh City has confirmed 82 coronavirus patients so far, including 78 recoveries and four in treatment, according to the center.

Vietnam logged three imported cases on Tuesday, taking the national tally to 1,172, the Ministry of Health said, adding one recovery was recorded the same day.

The number of recovered patients has reached 1,062 nationwide, whereas 35 virus-related fatalities have been documented as yet.