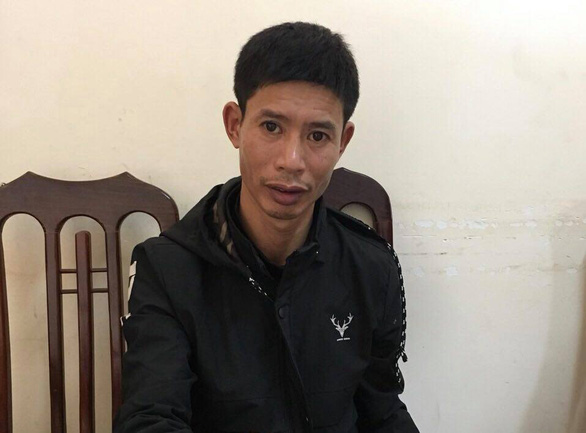 A man suspected of robbing state-run lender Agribank of VND200 million (US$8,627) with a gun was arrested while hiding in Hanoi on Monday.

The heist occurred at around 11:30 am on October 29 at the Lam Hoa branch of Agribank in Lac Son District, located in the northern province of Hoa Binh, according to case files.

While it was raining, Pham Van Sy, 43, from Hoa Binh’s namesake city, wearing a helmet and a raincoat, rode a red motorbike to the branch.

No customers but only two bankers were at the bank branch at the time.

Sy walked into the transaction counter and shouted loudly, pointing an airgun designed to shoot metallic balls at the head of a male cashier, took away VND200 million, and put it into a bag he had prepared in advance.

As Sy demanded more money, the two bankers asked to go to the branch’s vault to get it.

When the duo were already in the vault, they locked the door and shouted loudly for help.

Sy was so panicked that he ran out of the facility and got on his motorbike, riding it toward National Highway 12B in the direction to the center of Lac Son District.

Police officers immediately arrived at the scene after reports of the incident.

Sy was arrested on Monday night while hiding on Phu Doan Street in Hoan Kiem District, Hanoi, a leader of Hoa Binh police said on Tuesday.

Police officers will transfer Sy to Hoa Binh for an investigation.

According to preliminary information, the man admitted that he robbed the bank to pay his debts.

“Police have recovered some of the money that Sy took away,” said the Hoa Binh police’s leader.