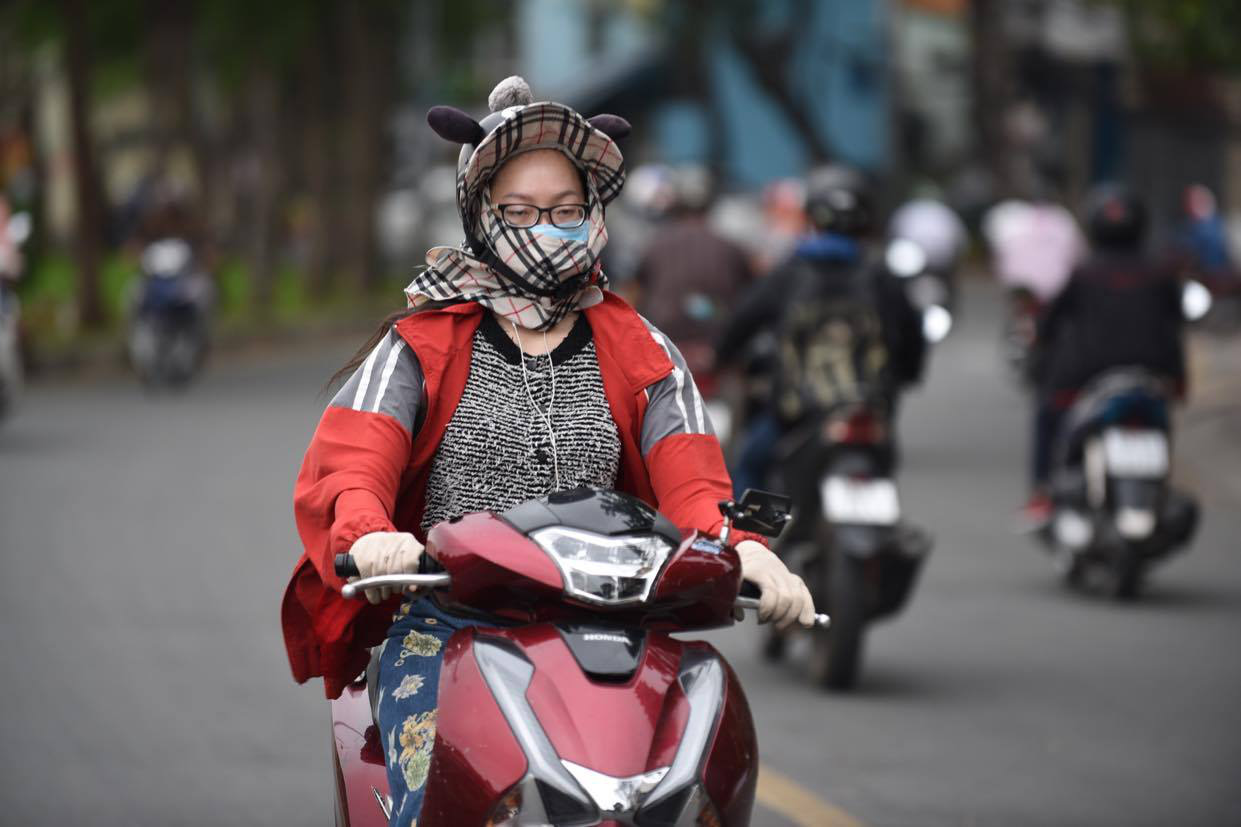 Temperatures in Ho Chi Minh City and other southern Vietnam provinces dropped early on Wednesday morning due to a cold spell and the circulation of Storm Etau.

It was cloudy and breezy, and many commuters had to wear warm clothing such as jackets, scarves, and gloves, according to the observation of Tuoi Tre (Youth) newspaper reporters.

Thirty degrees is the norm in tropical Vietnam.

The chilly weather was the result of a cold front and the circulation of Storm Etau.

Etau, Vietnam’s 12th storm in 2020, made landfall in south-central Vietnam on Tuesday, with winds at 65-90km per hour and gusts at up to 117km an hour, before weakening into a tropical depression.

Another storm, Vamco, was located 300 kilometers southeast of the Philippines’ Luzon Island, with wind speeds of up to 115-135km per hour, as of 7:00 am on Wednesday.

It will travel west and enter the East Vietnam Sea in the next 24 hours, becoming the country’s 13th storm this year, according to the National Center for Hydro-meteorological Forecasting.