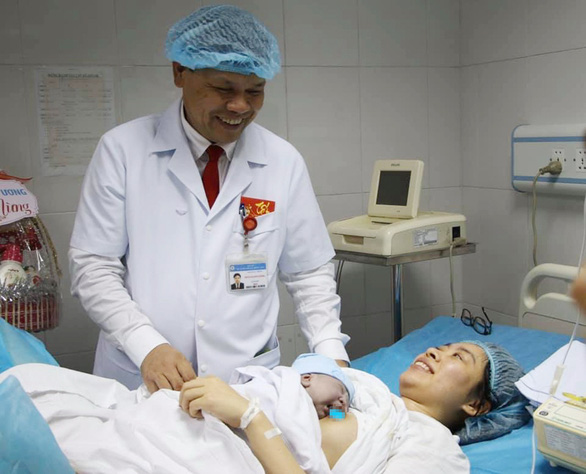 Vietnamese authorities have expressed concerns over the current trend of marrying later, choosing not to get married, single motherhood, and fewer births in wealthier localities – a stark contrast to the country’s poorer regions.

Vietnam has achieved replacement fertility levels and maintained the total fertility rate (TFR) -- the average number of children born per woman -- at about two children per woman over the past 14 years.

While the TFR for the entire country has met government goals, authorities now worry about the stark contrast in fertility rates between regions.

While authorities are advising families in several localities to have fewer children, they are simultaneously encouraging parents in the locales with better living conditions to give birth to two children, according to Mai Trung Son – deputy head of the department of population size under the General Office for Population and Family Planning.

Son also noted that 33 of Vietnam’s 63 cities and provinces recorded high TFRs, particularly in the Central Highlands, the northern mountainous and north-central regions, and the Red River Delta region recently, where the rates are approximately three children per woman.

The north-central provinces of Nghe An and Ha Tinh recorded the highest TFRs in the country.

According to Son, many families in the northern mountainous region have seven or eight children.

The government worries that low living conditions in the region may minimize these children’s future prospects.

“Their growth is stunted and many are physically weak," Son said.

"This makes it difficult for them to meet the demands of the labor market.”

Meanwhile, up to 21 of the country’s wealthier cities and provinces reported low TFRs, with Ho Chi Minh City, for example, recording just 1.24 children per woman.

In addition, more women are choosing to either not get married or take on roles as single mothers, a common trend globally.

In response to the issue, Prime Minister Nguyen Xuan Phuc in April approved a birth rate adjustment program toward 2030 which encourages people to get married before the age of 30 and women to give birth to their second child before they reach 35.

Couples who have two children will have their income tax reduced and be assisted with their children’s tuition fees or expenses to rent houses or buy social housing.

Children of these families will have priority to be admitted to public schools.

In the six months since the plan’s approval, some localities, such as Ho Chi Minh City, have carried out even more targeted plans to gradually settle the issue while other localities have yet to begin implementing the prime minister’s program.

Some opinions state that with the TFR still at the replacement level, Vietnam does not need to continue controlling birth rates and there should be no worries about a lack of human resources as manpower can shift from areas with high fertility rates to low fertility rates.

However, Son affirmed that all 63 cities and provinces cannot make use of one same program for population growth due to differences in requirements for child care.