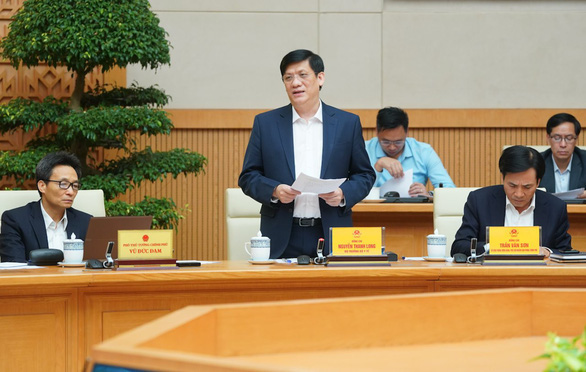 Vietnam reported two domestically-transmitted cases of COVID-19 on Tuesday, both traced back to an English language teacher who had come into close contact with a patient in self-isolation.

The latest patients were recorded in Ho Chi Minh City, Minister of Health Nguyen Thanh Long said at a government meeting in Hanoi the same day.

The child’s parents had asked the teacher to take care of their kid.

After patient 1,347 was confirmed as an infection on Monday, the mother and her child were sent to quarantine at the Ho Chi Minh City Children’s Hospital in Binh Chanh District while the father and other family members were told to self-isolate at home.

The one-year-old tested positive for COVID-19 on Monday night.

The other patient is a 28-year-old student of the English teacher.

Authorities have identified and quarantined the new patients’ contacts and been doing further contact tracing.

The flight attendant, returning from Japan on November 14, had come into contact with his colleague, patient 1,325, at the quarantine center when he was staying there from November 14 to 18.

Minister Long said that officials have locked down the English centers, coffee shop, and other locations which the teacher had visited.

Vietnam also announced two imported infections on Tuesday, taking the national tally to 1,351, according to the Ministry of Health.

Sixteen patients were declared free of the virus the same day, with the total number of recovered patients reaching 1,195 as of Tuesday evening.

Thirty-five have died of the pathogen since it first hit the country on January 23.

Before the detection of patient 1,347, Vietnam had gone 88 days with zero domestic infections.

The Southeast Asian nation began denying entry to foreign nationals on March 22 but the government allows foreign experts, skilled workers, investors, and diplomats to enter the country on a case-by-case basis, subject to mandatory quarantine.