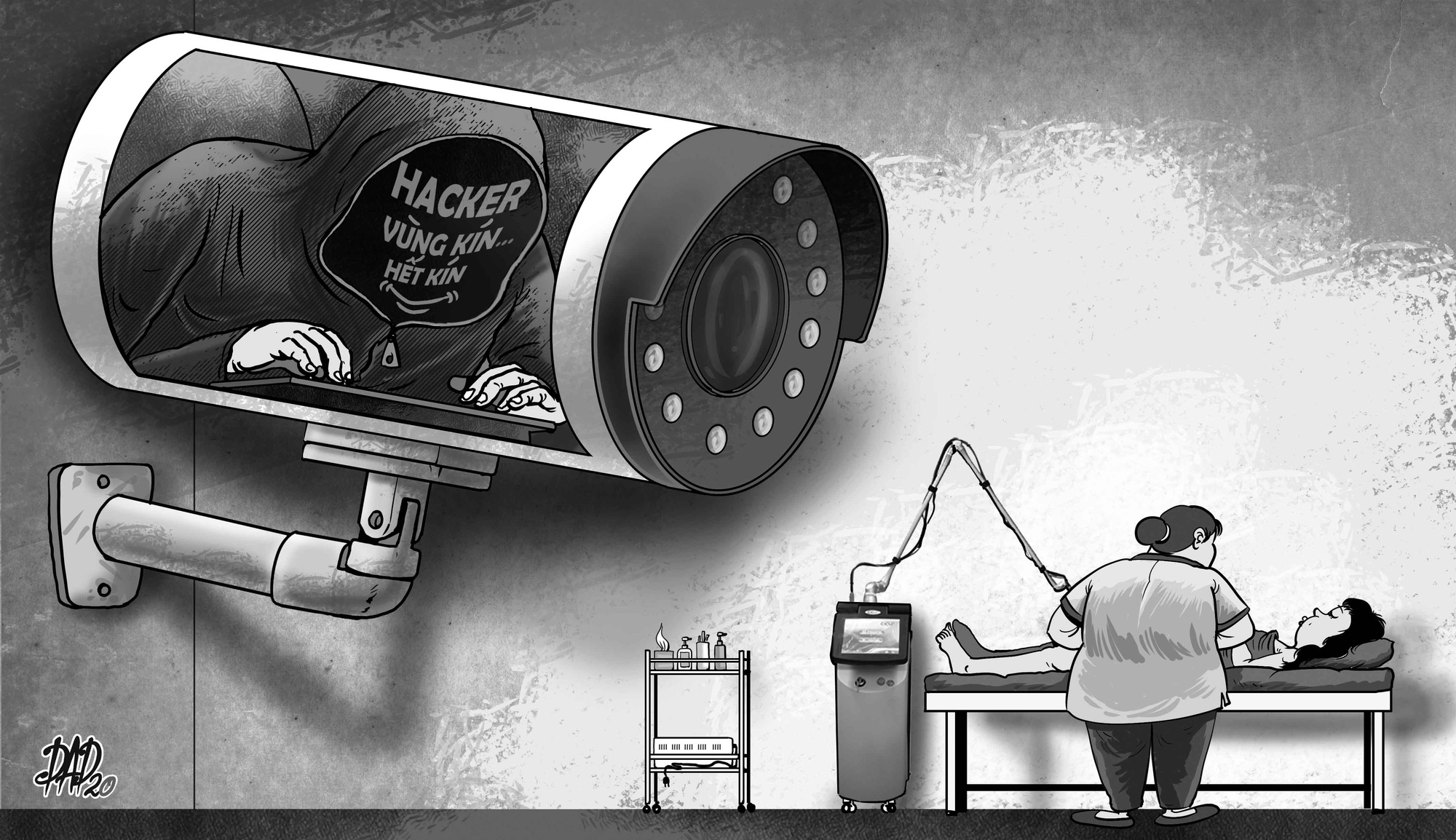 Sensitive footage of customers at multiple spas and beauty salons in Hanoi has recently been sold online after hackers suspectedly had access to CCTV cameras installed at these facilities.

In a recent post on a dark web forum, an anonymous account stated that he had video footage from more than 200 CCTV cameras at local spas and beauty salons.

Those who want to buy the video clips just need to leave their Zalo, a Vietnamese chat app, numbers in the comment section.

Following the instructions, H.V.T., a 28-year-old Hanoi resident, was contacted by a Zalo user who said he had to pay VND700,000 (US$30) per month to be able to watch the footage.

“I wired the money and was added to a Zalo group with over 100 members. A lot of videos showing naked spa customers and their sensitive body parts were shared in this group,” T. said.

Group members can also watch live CCTV footage by paying an extra VND400,000 ($17), he continued, adding that they will be instructed to install the Hik – Connect app on their phone and provided with an account and password to have access to the cameras.

Spa owners are also the victims?

N., the spa owner, said she was shocked to find out that the CCTV footage at her facility had been leaked online.

The cameras were installed at the spa three years ago, N. stated, adding that only she and a female manager know the password to the CCTV system.

The woman asserted that she was also a victim of hackers, stating she would never publicize customers’ information as it would damage her credibility and business operations.

N. added she installed the CCTV cameras to supervise her employees and check their performance and service quality.

“When offering beauty services relating to sensitive body parts, we will turn the cameras to another direction. But we cannot monitor all the cameras around the clock,” she elaborated.

Q., who runs another spa in the capital city, gave similar explanations.

“Only I and my husband have access to our CCTV cameras and we would never leak the images and videos of our customers,” Q stressed.

The owner previously thought that the video clips were edited and leaked by her competitors to damage her reputation, and had reported the case to the proper authorities.

Nguyen Thi Hoa Hue, a 30-year-old Hanoi woman, said that it is common for people to purchase beauty services for their “sensitive body parts,” and owners of spas and beauty clinics must keep their customers’ information confidential.

“It is unacceptable that video footage of spa customers is leaked online, and I would never think that these spas can install CCTV devices in such locations,” Hue said.

“I would be terrified if I saw myself in those video clips.”

It is illegal for spas to install CCTV in dressing rooms and other "sensitive locations" without customers’ acknowledgement and consent, Luong Huy Ha, lawyer and director of the Hanoi-based Lawkey legal company, told Tuoi Tre.

Victims can ask the court to order these facilities to retrieve and dispose of the footage, stop operating CCTV in such locations, and compensate for any damage, Ha elaborated.

If this is an act of hackers, the suspects will be charged with illegally accessing computer networks, telecommunications networks, or electronic devices of other people.

If investigators have enough evidence to conclude that this is an organized crime, the convicts will face VND300 million-1 billion (US$12,900-43,100) fine or three to seven years in prison.

If the victims are insulted by viewers who have access to these videos, the hackers will also be charged with humiliating others and face another three months to two years behind bars.