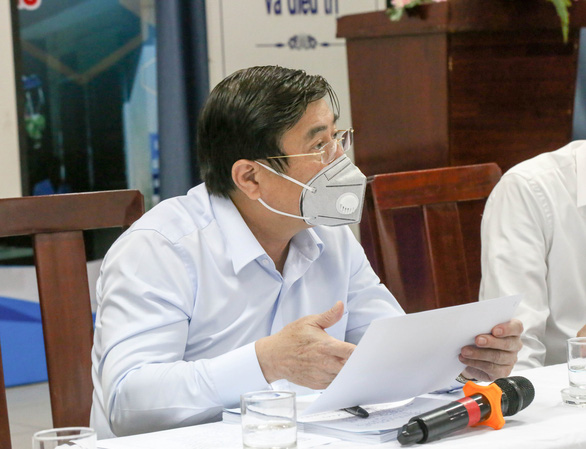 Earlier on the same day, the municipal police announced that they decided to launch a criminal investigation into the case called “spreading dangerous infectious diseases to humans” related to D.T.H., a 28-year-old flight attendant with Vietnam Airlines, who tested positive for the novel coronavirus on November 28 while self-quarantining.

H. returned to Vietnam from Japan on flight VN5301 on November 14 and was quarantined at a facility managed by Vietnam Airlines at 115 Hong Ha Street in Tan Binh District, Ho Chi Minh City from November 14 to 18.

When staying at the quarantine center, the flight attendant came into contact with his colleague, patient 1,325, who was also put in quarantine there, but in a different isolation area.

As H.’s first two tests for the virus while at the quarantine facility returned negative, the flight attendant was let go to self-isolate at home, as per regulations.

H. hosted a male friend during the self-quarantine at his home.

The flight attendant also visited several public places, including his university, and came into contact with many others during that period.

The friend who stayed with him was confirmed as patient 1,347 on Monday.

Two other individuals who had been in direct contact with the friend were then confirmed as patients 1,348 and 1,349 on Tuesday.

At Thursday afternoon’s online meeting for COVID-19 prevention and control, chairman Phong blamed H. for his lack of responsibility to the community as the flight attendant did not promptly inform the authorities about his going to school during the self-quarantine.

Phong criticized that H.’s behavior had breached quarantine rules for COVID-19 prevention and control, allegedly leading to the spread of the disease and causing serious consequences to the community.

“I suggest not only a criminal investigation into the case but also legal proceedings against patient 1,342 to show an exemplary punishment,” chairman Phong insisted.

Meanwhile, with regard to the responsibilities of organizations and individuals, deputy director of the city’s Public Security Department Nguyen Sy Quang earlier on Thursday told reporters that after launching the criminal investigation, police officers will verify the accountability of each relevant side.

According to Quang, there will be several steps for the investigators to take before coming up with a decision to start legal proceedings against any specific individual in the case.

Preliminary results from the probe have only showed some signs of law violations.

Vietnam had gone 88 days without an infection in the community before patient 1,347's diagnosis.

The national tally has reached 1,361 patients as of Friday afternoon, with 1,209 recoveries and 35 virus-related deaths, according to the Ministry of Health.