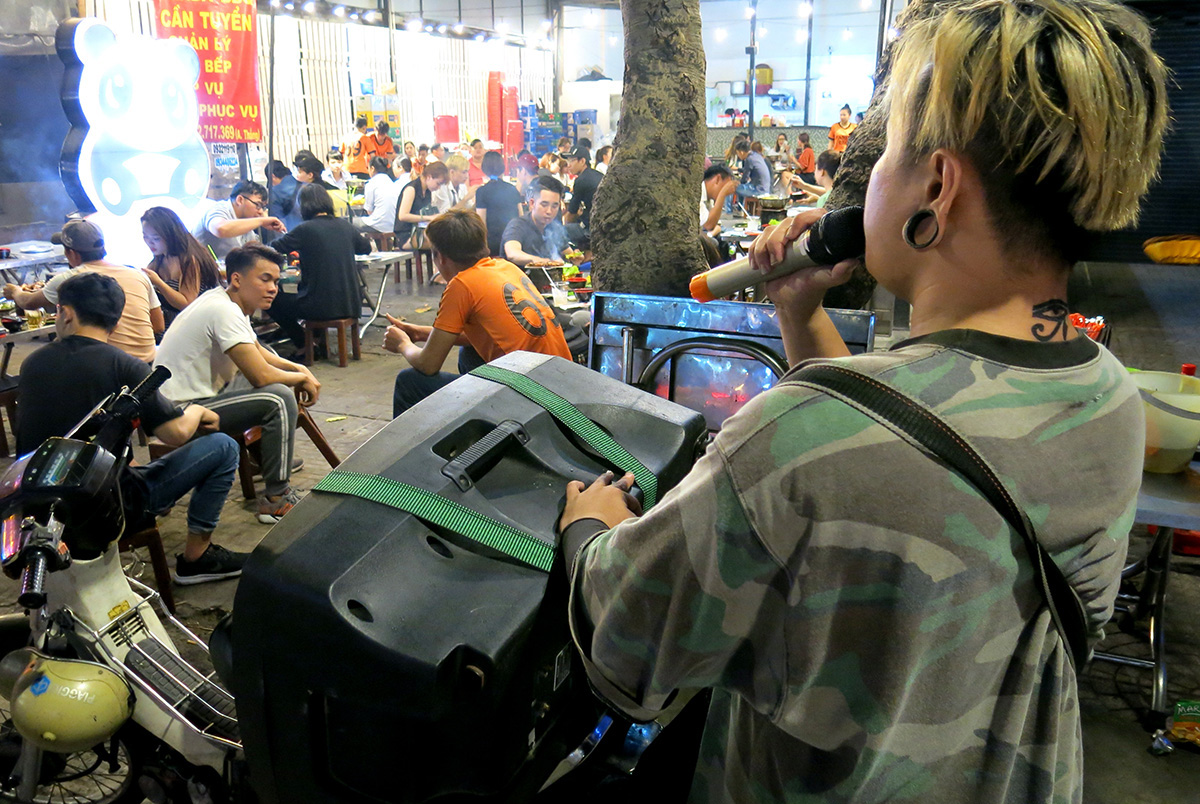 Many residents in the metropolis have pinned high hopes on the authority’s recent efforts to put an end to the noisy karaoke singing, which has been said to bring terror and nightmare to many people.

T., who resides in Hoa Thanh Ward, Tan Phu District, said he had been bothered by karaoke noise from a nearby beer parlor for quite a long time.

“They were still singing even at 11:00 pm. We have reported it to ward-level police but nothing has changed,” T. recalled.

“I had to take sleeping pills on some occasions but was still unable to sleep.”

However, they have not organized this kind of entertainment following the Lunar New Year holiday.

“Maybe they fear the COVID-19 pandemic. Furthermore, the city’s authorities have recently announced to take assertive measures to deal with the situation,” Chau elaborated.

Chau hoped that the peacefulness would last for a long time so that children can focus on their homework and the elderly can take a rest.

Officers would first issue warnings following reports from residents, and a fine would be imposed if violators repeated the wrongdoing, Nga elaborated.

Most of the violators have stopped their noisy activities after being warned, the chairwoman added.

The first is in charge of dealing with karaoke singing using large loudspeakers at local neighborhoods and parties.

The second team was tasked with inspecting karaoke parlors to make sure they do not violate regulations on noise limits and fire safety.

Measuring noise levels remains a challenge because of the lack of specialized devices, both leaders of District 10 and Go Vap District stated.

An official in Binh Thanh District added that he had to ask the bureau of natural resources and environment for assistance in measuring noise levels.

Pham Dinh An, chairman of Ward 6, Go Vap District, suggested that the city should develop a software or application that can measure noise, along with a corresponding legal corridor to make dealing with the issue an easier task.

Under government Decree No.155, karaoke noise at two decibels or higher is prohibited at any time.

Violating this regulations is punishable by a fine worth up to VND160 million ($6,880) for individuals and VND320 million ($13,770) for organizations, depending on the noise level, Cuong added.