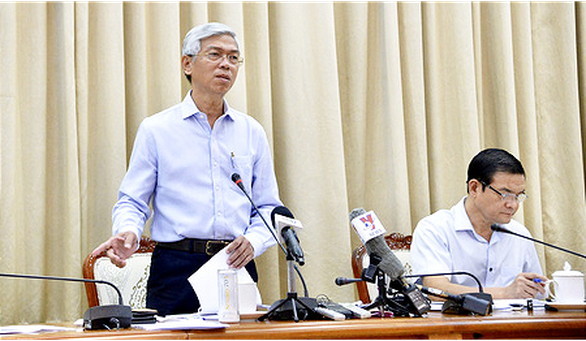 Leaders of Ho Chi Minh City have reached a consensus on the launch of a sweeping campaign against noise pollution in residential areas in 2021.

The consensus was confirmed by Vo Van Hoan, deputy chairman of the municipal People’s Committee, during a city-level meeting on Tuesday to identify solutions for dealing with urban noise pollution.

Concluding the discussion, Hoan called out noise pollution from makeshift karaoke parlors as well as shops and street stalls a pressing issue that undermines public health and the life quality of Ho Chi Minh City dwellers.

“We are striving to achieve economic development and raise living standards for the people," Hoan emphasized.

"That is why noise pollution, among other issues that impact the urban environs, should be thoroughly addressed.”

The deputy chairman also pointed out that the local government respects the people’s rights to freedom of trade, but will not tolerate business practices that exert negative effects on other people.

The city also declared a stern attitude to root out and eliminate all activities that generate noise pollution in residential areas.

To tackle the situation, Ho Chi Minh City decided to launch a sweeping campaign to eradicate violations of regulations on noise control in the city by the end of this year.

The city will also review the outcome of the campaign and use the findings to amend official regulations.

During the first phase of the drive, which has started this month and runs till May, the city will focus on promoting messages and regulations against noise pollution among the community.

According to Hoan, many statutes, including Decrees 98, 100, 155, and 167, can be referenced to justify administrative penalties for noise control violations.

On top of communication activities, the handling of noise violations must be implemented with strong leadership and synchronous directions among the relevant forces, from city-level to grassroots authorities, Hoan said.

“We’re used to deploying measuring devices to quantify noise pollution, but that is only feasible in indoor spaces, not outdoor ones," he said.

"Hence, we should move on to other solutions and not use the lack of devices to make excuses for any failure in noise control.”